Two young film makers say Generation G is all about creativity and following your passion.

Their film was nominated in six categories but one was revoked when the judges realised it was a mockumentary.

Murray said the film advocated creativity but stressed the mockumentary format did not get in the way of that.

Murray and Packer were awarded an extensive library of original music to use for future films. 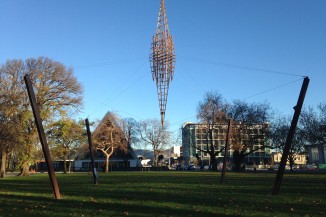 What is that sculpture about?

The 'Spires' sculpture in Latimer Square baffles many, but the city council has no plans for an information panel. 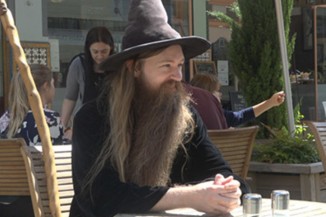 You're a wizard, Ari

Ari Freeman has always been an unusual thinker. He combines his passion for music and magic.