The 2018 Botanic D'Lights show is a hit with Cantabrians, offering new and innovative designs for the winter drag.

The crowds of Christchurch were out in full force for a night of lights and fun. The 2018 House of Travel Botanic D'Lights show is a returning event from 2016 and has kicked off with a bang.

More than 1000 people descended on the Christchurch Botanic Gardens for various exhibits showcasing the best of the art and sculpture world, illuminated.

Some of the highlights included the "UV Spaghetti", an exhibit in which guests walk through neon green nylon rope. Others involved "talking trees" with a strange tendency to make 'dad jokes' which had many children giggling.

One popular exhibit, simply known as the "Burrow", involved walking through a brightly lit tunnel, and had many guests taking out their phones for pictures and stopping to marvel at the ever-changing colours.

The show continues into the restored Christchurch Arts Centre, offering many fun surprises including a trip through the seasons and a thought-provoking exhibit titled "We never knew your name".

One guest said she had been going since the event first started in 2016, and was looking forward to future events. Another said the event was "great for the kids" to which her husband responded, "for the big kids too".

The staff were pleased with the smooth running of the event and the "happy faces" of patrons.

In a press release, Christchurch City Council Events Manager, Karena Finnie, said it was a "relaxed, appreciative crowd". She was expecting numbers to increase over the next few days.

The event also offers hot soup, food and drink from market stalls set up along Rolleston Ave. The stalls are next to a live DJ, which had plenty of children dancing.

There were also chances to take lights home with you, with merchandise stands around every corner.

The event is running from the August 8-12 at the Botanical Gardens and The Arts Centre. Entry is by gold coin donation, and is suitable for all ages (including big kids). 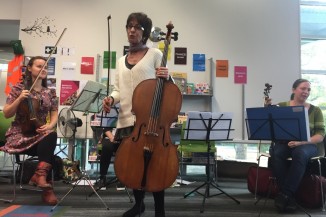 Orchestra brings music to the people

The Christchurch Symphony Orchestra has been performing in libraries throughout the city to make music more accessible. 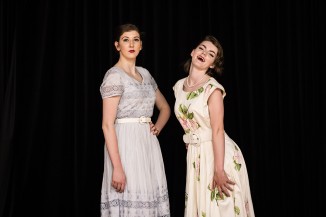 For the first time, New Zealand will have a month dedicated to theatre, showcasing home-grown talent.