ChristchurchNZ talent specialist Karen Haigh said the goal of the campaign was to put the city "top of mind" for returning Kiwis and other people in New Zealand.

The campaign is focused on attracting skilled workers in the health, agriculture, construction, transport, and manufacturing sectors.

Haigh said the perception of Christchurch was that it offered great quality of life but not many jobs.

The new campaign's goal was to dispel this by putting an emphasis on the number of jobs available in the city.

Christchurch needed to fill 70,000 vacancies over the next 15 years to keep up with its ageing population.

Haigh said that while the population of working-age people in Canterbury increased by about 10,000 between 2019 and 2020, workers would need to be brought in from overseas to fill the shortage.

"Obviously at the moment, with the borders closed, it's a bit difficult which is why we're focusing on returning Kiwis."

She said that the campaign would focus on the benefits of working in each of the specific target industries in Christchurch.

"We have the health precinct, Te Papa Hauora, which is quite world-leading... If you're working in health in Christchurch you're going to have quite a different experience because of that."

Canterbury Employer's Chambers of Commerce chief executive Leeann Watson said Christchurch could rival or surpass other cities in New Zealand in what it had to offer.

"People are choosing to move here, to start businesses here, and invest here, because of our enviable quality of life and world-leading industries and innovation."

The campaign is 10 weeks long in total and involves digital targeting of key groups through social media and online presence. 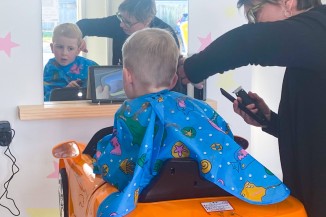 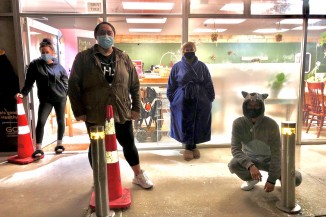 Midnight Kawhe and Keke for all

A local Māori cafe is back open for business, serving customers from the minute lockdown eased, at 12am on Wednesday morning.