A recent burglary at Christchurch's Coffin Club is one of a rising number of break-ins that have led police to assign 20 extra officers to focus on preventing burglaries in Canterbury.

On Monday morning, the club's coffin painter, Donna Sutherland, discovered thieves had broken into her Burnside container and taken nearly $3000 worth of tools.

"I didn't feel anger, I just felt sadness for those people who had done that without any regard for what they were doing," she said.

"It's the worst kind of burglary when they burgle something like this," she said.

The burglary occurred just as Canterbury police reassigned twenty officers from across the region to have a refined focus on preventing break-ins.

Sutherland said it was fantastic that police were committed to stopping the crime.

Acting Detective Inspector Michael Ford said the number of burglaries in Canterbury has been increasing over the past 18 months.

However, Ford said burglary numbers in 2019 have begun to decrease after police implemented an "increased focus" on prevention in December.

"We recognise burglary as a particularly invasive crime for victims, and want to ensure that this decline in burglaries continues," Ford said.

Sutherland has set up a GiveALittle page to help the Coffin Club get back on its feet. 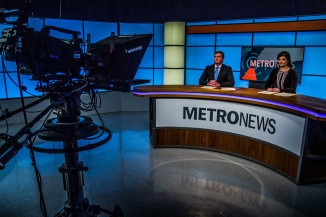 Live news: Get set to tune in 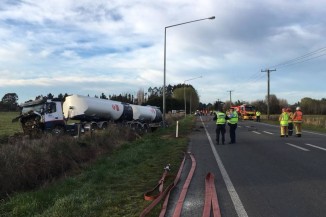 Two trucks in crash near Woodend

Emergency services are extracting 34,000 litres of fuel from a tanker that rolled into a paddock.