The Children's Christmas Parade Trust only has enough money to pay for rent for the next three months.

Trust chairwoman Anne Jamieson said once those three months were up, the trust wasn't sure what its next move would be.

The parade trust had to use its contingency fund to cover some of the costs from last year.

Jamieson said the event was special for the thousands of people who turned up to watch each year.

A Givealittle page has been set up to help raise money for the parade, which costs $200,000 each year. This includes rent, rates, insurance, the floats, costumes and the running of the parade itself. 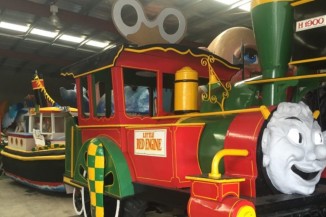 The Christchurch Santa Parade is in desperate need of funding if it is to continue.