Christchurch Casino says it has no immediate plans, other than a car park, for a $3.7 million chunk of central city land.

The casino bought the 4047 square metre vacant site on the corner of Salisbury street and Durham Street North earlier this year.

Gambling laws prevent the casino from using the site to extend its primary operations.

Casino chief executive Brett Anderson said he was aware he could not use the land as a gambling site and he bought it because he saw an opportunity.

"Land blocks that size don't come up that often and it borders land that we already own so it gives us some control of our own destiny.''

He said the casino may use the land as an alternative parking location, but owning the site gave it security for the future.

The casino was planning to build a hotel on casino-owned land on Peterborough Street. He said he was talking with Australian developer Intro about building a multi-storey carpark and hotel on that site.

The casino has lodged resource consent for the hotel with the Christchurch City Council.

Problem Gambling Foundation spokeswoman Andree Froude said it was illegal for the casino to use the land as another gambling site.

"Under the Gambling Act, they are not permitted to increase the opportunities for casino gambling at all."

Froude said if the casino wanted to expand its gambling operation, it would have to apply for a concession through the Gambling Commission.

The Casino is due for a license renewal with the Gambling Commission in 2019. 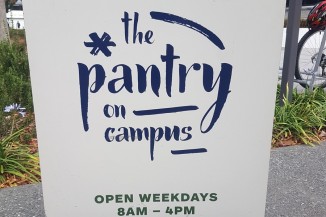 The Pantry's cheap and delicious food is popular with students at Ara Institute of Canterbury. 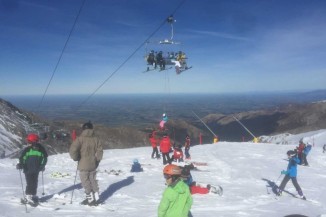 Most ski fields are closed due to Level 2 restrictions but hope to take advantage of snow forecast from Thursday.