Hollie Woodhouse has been selected for the third Inspiring Explorer's Expedition, travelling to Greenland in May.

Hollie Woodhouse has been selected for the third Inspiring Explorer's Expedition, travelling to Greenland in May.

The annual expedition is sponsored by the Antarctic Heritage Trust, a conservation not-for-profit based in Christchurch which aims to inspire the next generation of explorers.

The month-long trek will begin in early May and will honour iconic Norwegian polar explorer, humanitarian and Nobel Peace Prize winner Fridtjof Nansen.

Executive Director Nigel Watson said the team of four were hand picked from over 200 applicants.

Woodhouse, 34, will be joined by Brando Yelavich, the first person to walk the coastline of New Zealand, Australian Bridget Kruger and videographer Keith Parsons.

Watson said he was very excited about the calibre of the team.

Woodhouse is an endurance athlete and has competed in races in the Sahara Desert and the Amazon Jungle but said she has never been to an ice cap before.

She said her biggest challenge in the freezing environment will likely be her size.

"I'm working on my strength, I've got a standing desk at work to try and get used to standing all day and the main thing is I've got a tyre and a harness and I pull it down gravel roads.

"I try and avoid most people, mid-canterbury roads are great because there's not too many people around!"

Woodhouse said another challenge would be overcoming the monotony of nine hour days of walking, but is staying positive.

"I think I've got the fitness and the mental toughness, so I'm more excited than anything for the challenge ahead."

The team will attempt to ski across the 560km ice cap, the second largest body of ice in the world, dragging 60kg sleds behind them.

New Zealand outdoors company Kathmandu has signed on as an expedition sponsor.

Marketing Manager Tim Loftus said the company was built on innovation and the hunger to explore, so partnering with the Trust for this expedition was an easy decision.

“We encourage our customers every day to get out and explore what the world has to offer, so we’re proud to support this expedition which encapsulates the true spirit of inspiration and exploration.”

The team will be guided by Norwegian Bengt Rotmo.

Rotmo said he hopes to inspire others to get out, explore and make the most of the incredible world we live in. 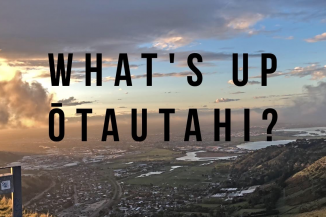 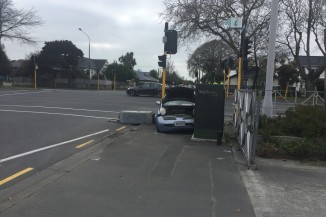 Two pedestrians are hurt, one in a critical condition, after being hit by a car at the intersection of Fitzgerald Ave and Gloucester St.