A Chinese travel-service platform named 'Fliggy' has been launched in conjunction with Christchurch Airport.

Fliggy is the online travel agency for major search engine, Alibaba, and is connected with every airline in China.

Alibaba is China's, and by some measures the world's, biggest online commerce company with 800 million active users.

Chief Aeronautical and Commercial Officer of Christchurch Airport, Justin Watson said, "Fliggy is like walking into a mall and seeing a travel store, branded specifically for the South Island."

The launch of the online travel store was a global first for the platform, a trial for both Christchurch Airport and Fliggy, before it gets implemented in more countries.

Watson believes Fliggy will benefit Christchurch because of its audience reach.

Alibaba and Alipay have a huge global reach in the Chinese market. Watson said "having a store on their platform, there'll be exposure to a significant amount of people."

Christchurch Airport has been working with Alibaba group for over 18 months to try new innovative, promotional approaches.

Through this collaboration, the airport have rolled out Alipay in New Zealand, which allows Chinese travellers to pay in the way they are used to.

Alipay acts as a bridge between the buyer and seller, it holds the money in an online transaction, which does not process till the buyer receives the product or service.

Watson said the e-wallet payment method also provides, "information such as reviews and in-app purchases, like an advanced version of the New Zealand equivalent, ApplePay."

ChristchurchNZ Destination Manager Loren Heaphy, said Fliggy made travel bookings easier for Chinese visitors. It would open Christchurch and the South Island up to more Chinese tourists, she said.

The airport would also benefit, "because they will be ensuring Chinese travellers get the most value from their visit, as the first stop on their South Island Experience," Watson said.

He believes, if the South Island industry is more appealing, more people will come through Christchurch Airport.

Information on Fliggy is provided in Mandarin, Chinese, making it more engaging and easier for Chinese users. 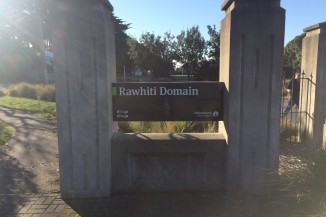 New sports complex for the east

Eastern Christchurch will receive a new sports complex after the community board approved a lease on Rāwhiti Domain. 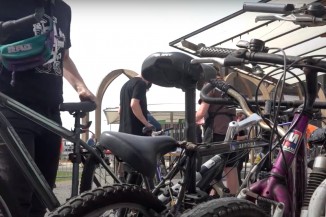 An Ōtautahi shop is making a difference in the community one bike at a time.