Pieces of Molly’s frontman, Ewen Glasgow, was the creator of Christchurch’s primal garage rock band, which began in 2012.

Glasgow has been a music-head all his life, playing gigs since he was 13 and now teaching guitar to kids at Cashmere Primary.

“I thought about it the other day, I’m not quite sure what I would do without music,” Glasgow said.

“Our manager told me to share our newest track onto a Google document, the track was completely unmastered and had no vocals.

“Little did I know our track was to be shared with Ripple music’s CEO, Todd Severin,” Glasgow said.

Glasgow believes it’s a massive milestone for the band.

“This has massive implications to the band, now we can share all our music through the labels social media channels, which have larger international audiences.”

Glasgow says it is significant for rock music, which hasn’t been in the mainstream recently.

“It’s humbling to see rock music gaining some more recognition in a world where other genres are dominating the music charts.

“There are so many talented rock acts in New Zealand that we believe need more praise,” Glasgow said.

Taking inspiration from legendary rock bands Black Sabbath, Led Zeppelin and New Zealand rockers The Datsuns, Pieces of Molly want their recent success to be a catalyst for many Kiwi musicians.

“We hope signing to this label will help shine more light on other New Zealand bands.”

The band is currently gearing up to tour New Zealand, with their first show in Wellington for their new single Dead Sky’.

“I’m so excited to get back on the road and play some live music,” Glasgow said.

Glasgow hopes the band can play some bigger festivals in the next year with the all-New Zealand music festival Homegrown in close sight. 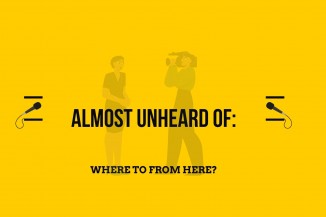 Almost Unheard Of: Where to From Here.

Almost Unheard Of is a fortnightly long-form series, delving into the experience's refugees and/or migrants have with the media. 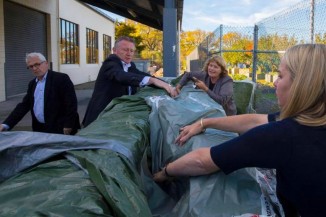 Christchurch gets two pieces of the Berlin Wall

The pieces will be put on public display in Christchurch as symbols of peace.