61 year old Darryl Lawrie McCartney who threatened Animal Welfare Inspectors was being sentenced when his phone was discovered.

McCartney's wife Victoria was also being sentenced on charges of causing a cat to suffer and failing to get vet treatment for another.

The pair denied the charges and on the last day of their three-day trial yesterday Mr McCartney's phone was found to be recording in the public gallery while he was in the docks.

The registrar passed a note to the judge who immediately put a stop to the hearing and left the court for a brief discussion in chambers with lawyers for both sides.

Videos and photos of female SPCA staff around the justice precinct were also found on the phone and deleted.

The case arose from an incident in 2016 where Mrs McCartney's cat, Michael, was terminally ill and SPCA staff made an appointment to euthanise him a few days later.

When she cancelled the appointment, SPCA staff showed up at the couples farm where Mr McCartney became enraged and said they were not allowed in his home, despite staff having a statutory function to ensure animals did not suffer unnecessarily.

They also found another cat (Mary) with visible cancer of the ears and face.

Michael was euthanised and Mary treated and returned to the couple. 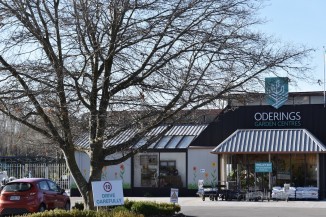 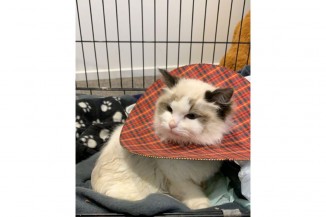 When curiosity almost killed the cat