Andre Hopman, owner of Hopman QEII car yard is facing extreme hardship in the midst of the strike.

Although on hold for now, the strike still led to over 200 port workers walking off the job and closing the port for two days.

Hopman said now that he's finally back on his feet he's having to face another blow.

"I couldn't believe the timing of this, we're finally getting some stock through. It's cruel... Lyttleton port always seems to go on strike when it hurts the most."

Negotiations are currently taking place between Lyttelton port company and the Rail and Maritime Union but Hopman said a vital piece of the puzzle seems to be missing.

Sole shareholders Christchurch City Holdings are refusing to play any part in the resolution of the disputes.

Hopman says he thinks it's time the council steps up and lends a hand.

"They want the city to thrive, and they own it so they need to settle this as soon as possible."

The strike is expected to resume on Tuesday. 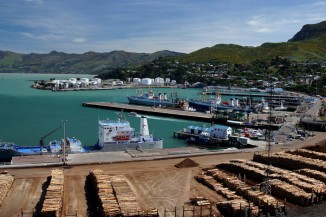 Lyttelton Port Union back at work till Tuesday.