The YMCA Canterbury Youth Awards night was held on August 31, to celebrate young people making an impact on the world around them.

As every nominee was presented, a list of their contributions to the community was read out, and some lists were extensive.

The young people who attended the event, make a difference in other peoples' lives, usually voluntarily, or, because helping others made them feel good.

Taylor set up 'Spread the Love' care packages, to donate essential items to people living on the streets.

She was grateful for the award, saying "it makes you really happy when you realise you've helped someone".

Her packages started as part of a school project, where she had to come up with a solution to an issue in society. But Taylor took it much further. It is now an ongoing operation.

YMCA guest speaker Josie Ogden Schroeder said on the night: "Young people are literally the ones who'll run this country, so it's important we give them opportunities."

The twins won the Pacific Youth Leadership And Transformation Commitment to Well-being Award. They used their singing voices to raise awareness about domestic violence.

The twins witnessed domestic violence in their own home up until the age of six. Their mother died as a result of domestic violence, so they moved in with their nana and began to take a stand against it.

"Women and children are treasures and should be treated that way," they said.

The boys took the opportunity they were given and have run with it, performing at the New Zealand Criminal Justice Summit and huis and wanangas.

At the awards night they sang a waiata they wrote together: "E tu whanau, stand with me - no more violence in the family."

Every person nominated in the room deserved the recognition they received on the night. Every nominee had been making a difference in their own community, to the region, to the country, or even to the world.

One of Tilaia's many achievements was when he was selected as part of the New Zealand Youth Advisory group.

This is a panel of 12 young people who meet with Chris Hipkins, the Minister of Education to make changes to the NZ education system to benefit young people.

Tilaia spoke about what drove him to succeed. "I do it so my 2-year-old and 14-year-old brothers feel that they can succeed in a system where if you feel you can and you believe, then you will."

Every winner thanked their supporters, usually their parents, for backing them.

All winners were between the age of 12 and 24, young people making a change to the world around them, on their own merits. 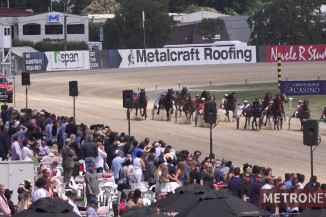 Behind the scenes of Cup Day

Over 23,000 people attended New Zealand’s Cup Day, but how much preparation actually goes into making an event like this? 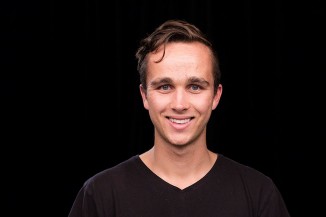 Student film 'Moko: A Film about a Maori Poet' has won the Berlin Student Film Festival.