A diorama (a model representing a scene with three-dimensional figures in a museum exhibit) was partially covered up in March after negative comments caused the museum to re-think their exhibit.

Museum Director Anothony Wright described the museum's portrayal of Maori culture as "out-dated", adding there was "little recognition in the galleries that Maori are a living culturally vibrant people".

The museum had wanted to address the issue of Maori representation since 2001, but it had been pushed aside first by a redevelopment project, which did not go ahead, then the 2011 earthquakes.

"I think they [the dioramas] could be more inclusive of some of the other aspects of Maori history and culture".

The diorama, which is now covered up, had "increasingly caused offence to some in our community", Wright said.

Gail Lowe was visiting the museum with her three-year-old-daughter, who is Maori, on Tuesday.

The diorama disappointed her.

"The figures themselves could be better. They do look somewhat primitive."

Lowe said the exhibit did not do justice to her daughter's heritage.

Accompanying the partially covered diorama is an apology from the museum.

Wright urged people to give feedback on how the museum could improve. 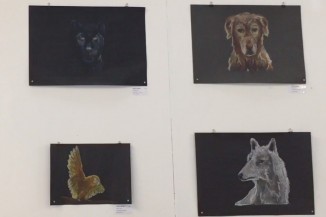 Local artists are challenging perceptions of ‘madness’ and mental health by showcasing the power of pastel. 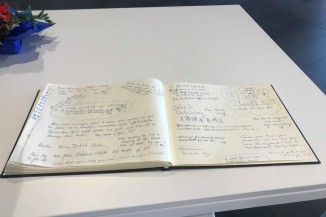 More than 600 people have expressed their condolences to the Muslim community after the March 15 attacks.