Canterbury opening batsman will fill in for Kane Williamson in games against Ireland and Bangladesh.

The 23-year-old will become the 22nd New Zealand ODI captain.

The Black Caps squad for the tour of Ireland next month is a fresh-faced one, with nine regulars unavailable because they are playing in the Indian Premier League.

New Zealand will play Ireland and Bangladesh on the tour in May.

After the tour, the team will compete in the ICC Champions Trophy in the UK. The squad for that tournament will be named in late April.

Black Caps side to tour Ireland:

*Jeetan Patel will join squad for the 4th ODI from Warwickshire 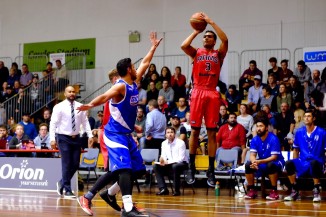 Supercity Rangers are equal with the Rams in the standings, but Canterbury hopes their improved defence can bring a win.