Scheduled to host the games this August was the city of Chengdu, China, but due to the ongoing pandemic, it’s been pushed to next year.

Christina Ryan, 23, is one of New Zealand’s top heptathletes.

Ryan made the qualifying standard just a few weeks before the games were postponed in April.

It would’ve been her first ‘silver singlet’ event, competing on a world stage.

“I didn’t get that satisfaction of getting named in the team, I think that’s probably been the hardest bit…… I haven’t actually seen my name anywhere,” she said.

A new competition date is yet to be announced, but there’s no time to waste for Ryan.

“It gives me a lot more time to try get a better score and be more competitive against those top girls… that’s how to stay motivated, just try take the positive out of the situation.”

Ryan, who is studying to be a secondary school teacher, moved from Timaru and coach Ian Baird (former coach of Tom Walsh) to Christchurch in February to work with lead Athletics New Zealand coach, Terry Lomax.

Lomax, who has been to “five or six” World University Games all over the world, describes himself as a “meticulous planner”, and sees opportunity in what could be a disheartening situation.

Lomax said the extra time was a chance to be more thorough in developing Ryan as an heptathlete.

He said with seven different events to master, it was an opportunity to get Ryan’s strongest events consistent and lift her weaker events higher.

Lomax may have a lot on his plate, but the accomplished coach is more concerned about the Games' eligibility criteria and its impact on other athletes.

Pre-covid, the cut off age for competing athletes was 25.

With no announcement yet on the age limit being raised to accommodate the postponement, athletes such as Canterbury decathlete Max Attwell will be too old next year, even though he qualified this year.

The International University Sports Federation is meeting this weekend and athletes will have their fingers crossed that a decision on age criteria is made.

On the flip side however, athletes who didn’t make the standard this year could get their chance with more time on their side.

“There are some people that are advantaged and some people who are disadvantaged, that’s just the luck of the draw,” Lomax said.

The World University Games mimic the Olympics, complete with a 24-hour food court and athletes' village.

Learning to deal with the distractions and excitement was an essential part of an athlete’s development to get to the Olympics, said Lomax.

Despite covid-19’s impact on the athletics calendar, the new duo views the situation as a gift of more time.

Coming straight from a day of teaching, to training at the High Performance Apollo Centre, Ryan is currently in a block of strength and condition training under the watchful eye of Lomax.

“Now we’ve actually got time to work together and build up towards bigger and better things,” said Ryan. 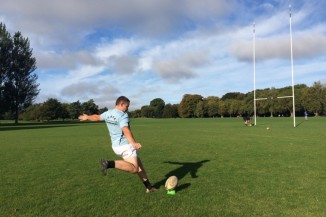 338 summer sports fields to be changed ahead of winter sport