Nearly 30 members of the public gathered at South New Brighton Community Hall on Friday, with many holding the opinion that freedom campers don’t belong in the sea-side suburb.

Freedom camping has been an issue in the community since the earthquakes, but heats up in the summer as tourist numbers increase.

The issue has now spread around Christchurch and Akaroa and Banks Peninsula.

There are currently no freedom camping restrictions in the Christchurch City Councils region, meaning areas like New Brighton are hot-spots for freedom camping.

At a public submission hearing on Friday locals voiced their concerns over which areas freedom campers should be able to use.

The council’s proposed area in New Brighton for freedom camping. The campers would be  restricted to the green area.  Photo: CCC.

South Brighton Residents’ Association spokesperson Kirsten Carey said the proposed area was inappropriate for freedom camping because it was an area of high recreation and activity and that freedom campers had, “prime position looking out over the sea, and I’m sorry, but that is our area.”

The bylaw they were supposed to be discussing proposes to restrict areas where freedom campers can park up for the night to designated sites chosen by the council.

Under the current draft, only seven small areas within the council’s jurisdiction would allow non-self-contained camper vans, which have no on-board toilet facilities.

When the council monitored freedom camping over last summer, nearly 25 complaints were received about freedom campers around New Brighton’s Waimairi Surf Lifesaving Club. This was more than five times the complaints received in most other areas in the city.

There was a lot of opposition to the newly proposed non-self contained overnight area in the car park on New Brighton’s beach, near the pier.

“We should be able to go skinny dipping at midnight if we want to without feeling like we’re encroaching on somebody’s bedroom,” said one speaker,” New Brighton resident Janice Beaumont said of the location.

Spokesperson Kirsten Carey felt the location was “chosen by default” by the council as that is where the current New Brighton freedom campers, many of them homeless, had ended up after being discouraged from other areas in the community.

Kirsten Carey said if the bylaw went ahead as it is, a group of residents would pitch tents in the car park in order to prevent anyone staying overnight.

The bylaw permitted freedom campers to stay for a maximum of 3-5 days depending on the area, though there were questions about how this would be policed.

The only significant area in Christchurch where self contained camping is prohibited is the CBD, as shown. Photo: CCC.

Christchurch Kiwi Holiday Park spokesperson Ross Lee said the council was supporting certain parts of the tourist economy but not his own by allowing freedom camping in residential areas.

The New Zealand Motor Caravan Association generally supported the bylaw, saying visiting freedom campers did contribute to the local economy, not only to tourism operators, but a wide range of businesses.

The bylaw only applies to council-owned land, which means CERA owned red-zoned land is not affected.

According to the council’s schedule, the bylaw should be active by December.

A new panel format gave councilors the chance to hear the voice of the community from a different perspective.

Submissions on a new Freedom Camping Bylaw were heard at the South New Brighton Community Hall by a panel consisting of councilors Andrew Turner, Glenn Livingstone and David East.

The new format first had individuals deliver their five minute verbal submission as per usual for these types of meetings, but afterwards the 20 or so people who wanted to be heard split into two discussion groups chaired by the councilors.

It gave people a chance to directly converse with councilors, though debate often strayed off the topic of the freedom camping bylaw. 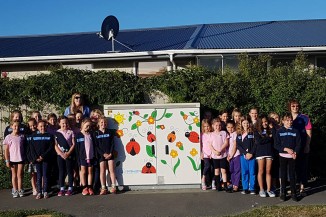 The Christchurch City Council has teamed up with Keep NZ Beautiful to make graffiti removal kits available to the public for free. 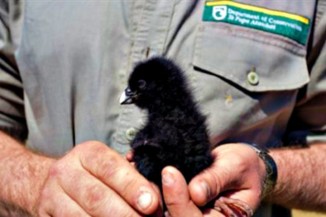 The Department of Conservation's Takahē sanctuaries are nearly full thanks to big breeding numbers.