Petition calls for a composite high school to be built in Halswell.

The suburb, which is the largest and fastest growing in Christchurch, and one of the largest urban growth areas in the South Island, is currently home to five primary schools and 20 early learning centres, but there’s no sign of a high school.

In the Halswell Ward profile it was noted that the suburb has a higher proportion of modern homes than any other Christchurch suburb, reflecting the recent and ongoing property developments.

As a long-time resident of the area, Lydia Tait said that rising population growth and property developments in the area makes it more crucial that Halswell has a high school. That is what drove her to launch the petition, calling for change.

At the moment, Halswell teens have the option of four high schools in local, surrounding suburbs, but even they’re struggling with the demand.

Cashmere High School has had to decrease its zoned area twice in recent years to control the enrolment numbers. As it stands, the roll of 2134 is more than 300 students more than the aim.

Similarly, Lincoln High School has had to shrink its zoned area twice in recent years due to rapid residential development in the immediate area of Lincoln, as well as nearby and Rolleston.

That’s only going to get worse, with 2000 more residential sections planned for Lincoln in the proposed development scheme.

Another local option, Hillmorton High School, has been undergoing renovations to enable it to take more students.

"The petition is for the government to start planning, funding and developing now so that Hillmorton does not reach the overcrowding situation we are seeing with Cashmere and Lincoln", said Tait.

Tait said that although Hillmorton will be able to cater for more students with the renovations, it wont take long before they are at full capacity -  leaving Halswell teenagers with minimal options.

On top of that, Tait shares concerns about the strain on infrastructure.

“There is problematic traffic congestion on the two main roads leading from Halswell into the CBD, which are also the roads required to travel from Halswell to Hillmorton school”, said Lydia Tait.

Local resident, Nicki Rainey, said her family moved suburbs due to the nearest school being 6km away, meaning her children would have to catch two buses with a stop over in between or bike on the busy roads.

"We weren't comfortable in our children's ability to bike along roads that are 80km", said Rainey.

Lydia Tait said the lack of a high school in the suburb is also causing a lack of cohesion for youth.

“The lack of a commonly attended school base affords additional challenges for those working within the youth sector to achieve connectivity and identity amongst young people”, noted in Halswell profile.

Another local resident, who chose not to be named, said he supports the petition because of the amount of growth that Halswell is experiencing at the moment.

He said the decision will affect his own family, and the new high school would allow his younger children to attend a school in the suburb.

“My son is going to a school in the city next year, with his friends also going to different schools, a lot of these people are moving out of Halswell to get into a school which is breaking up friendships”.

The local resident noted that a small group in the community feel like people are going against Hillmorton school, which he said is not the case.

Tait proposes the new high school also caters for intermediate students, to ease the overcrowding of primary schools in the area.

Halswell Primary roll is currently sitting just above 640, making it the largest primary school in Christchurch. They are sitting above the numbers the school is built for.

“A new high school will take the pressure off Halswell Primary School which is looking into reducing their zoning also due to rapid residential development in the area”, said Tait.

“A composite secondary school in the Halswell area could quickly rectify, or at the least support these very concerning issues”.

Community board member for the Halswell Ward, Debbie Mora, said there has been local interest for a new high school for some time, especially with the growth in Halswell.

“I think it's great the community have been represented by a petition”, said Mora.

The petition to date has had 415 signatures so far, and has been put forward to the House of Representatives for further consideration. 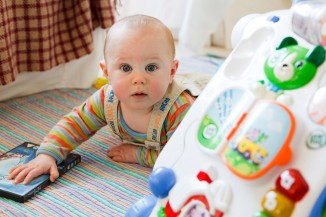 Home-based early childhood care in for a shake up

The Government is considering a proposal to toughen up laws around home-based early childhood education. 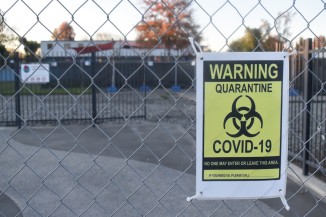 Back to school for some primary-aged kids

Canterbury schools will be able to open next Wednesday, but only for those unable to stay home.