A Christchurch businessman helping immigrants start in business has secured the Halswell Community Centre as a permanent site.

He says he has "secured permanent use" of the Halswell Community Centre when he needs to use it, and already has four markets planned for the venue this year, including one at the end of April.

Mukorombindo says his markets are always aimed at migrants who haven't yet established their businesses in Christchurch.

However, this is only a short-term plan for the businessman who wants to open his own permanent market-place in the city centre.

He says his ultimate project should be a celebration of culture in Christchurch.

"It's got to have people from around the world like we had at our other markets - like we always have at our markets - so it's got to present a flavour of who's in our city."

Mukorombindo says he has been discussing a site on Lichfield Street with the City Council. 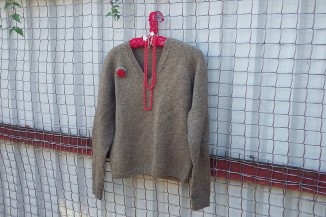 Recycled is the new black