Public transport depot in Riccarton is a “hotspot for drugs”, says a man who was attacked and hit with an axe at the bus depot.

Daniel Willis, 43, was set upon at the Metro bus depot on Riccarton Rd last Thursday after he was called in to deal with youths allegedly selling drugs on the premises.

Bus depot security personnel had called Willis, who is unemployed and works with troubled youth in Riccarton, after police allegedly failed to respond to their initial call. They called him at 5.40pm, three hours after calling police, he said.

Willis arrived and told several youths to leave the bus depot. They attacked Willis, hitting him with the blunt side of a tomahawk axe, and smashed the back windscreen of his car.

Willis was treated in hospital for three cracked ribs and a head injury.

The wound left behind by Thursday’s tomahawk attack

He said drug dealing had become a “massive issue” in Riccarton, centred around the Christchurch City Council-owned bus depot.

“The police aren’t doing anything about it, and they know it’s happening. All they do is drive past in their car once or twice.”

Willis said the Metro bus depot needed more security. Two female security guards were alone in monitoring the depot from 7pm to 9pm, which was “peak time” for trouble.

Police declined to comment on drug activity and security in the area as Thursday’s incident was still being investigated, a spokesman said.

Riccarton community board member Helen Broughton said residents, business owners and city councillors had been opposed to the bus depot’s location from day one.

Broughton was shocked the attack had taken place with two security guards present.

“That’s sort of extraordinary. I don’t know how on earth that could’ve occurred when you have two security guards,” she said.

Central Riccarton Residents’ Association secretary Garth Wilson said businesses in the area had offered the council $50,000 to redevelop Division St, where the bus depot is located, because of concerns about loitering and crime.

He said that the poor choice of location for the depot was to blame for trouble – and so was the council.

“Councillor (Phil) Clearwater and his committee, which didn’t have anyone from Riccarton on it, totally ignored the unanimous opinion of the community board, the two residents’ associations and one hundred per cent of business owners,” Wilson said.

In response, Clearwater said the location of the Riccarton Bus Lounge had been “carefully considered by Christchurch City Council over several months of 2014” including a “full and thorough  consultation process with many community and business responses”.

He also said the chair of the Riccarton-Wigram Community Board agreed the current location was the best option available.

The city council boosted security at the bus depot a month ago. A security guard is on duty from midday to 9pm (closing time) with a second guard on duty from 4pm to 9pm.

Armourguard Security has not responded to requests for comment on last week’s attack. 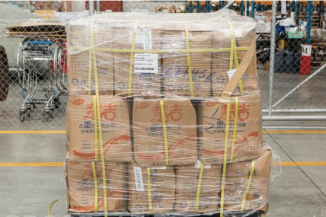 A drug expert says someone very clever has been at work disguising methamphetamine as dish wash liquid. 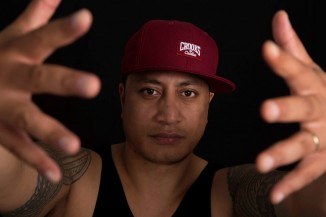 Rapper is in custody after being denied bail on charges of drug possession, property damage and domestic violence.