The first 'Into Motion' conference on feminism was held at Burnside High's Aurora Centre on Friday.

It was a fun-filled and inclusive day of workshops and guest speakers, with a notable appearance from Labour politician Megan Woods, who studied feminism at Canterbury University.

The conference was open to all students in Christchurch and was organised by Burnside High School students, Dom, Emma and Piper.

One student from Burnside High described the conference as "eye-opening", while another said it was "inspirational."

Woods agreed the conference was "hugely impressive" and said she was proud to see Dom, Emma, and Piper "asking questions that are important".

Year 11 student Emma said it was "really amazing" to see so many different perspectives during the conference.

Year 10 student Dom was thankful for the teachers at Burnside High who helped plan the conference. He said they really helped make the conference the success it was.

"We want to build relationships," said Piper, as she discussed the team's idea for a 'Pizza, not Patriarchy' night at the end of the year, where all students from the conference would get the chance to meet again.

Burnside High School Principal Phil Holstein said he was "humbled" by the efforts of his students and assured them the idea will "start to grow". 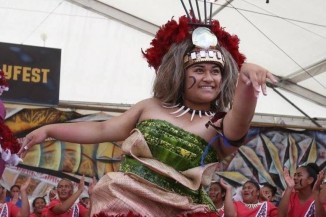 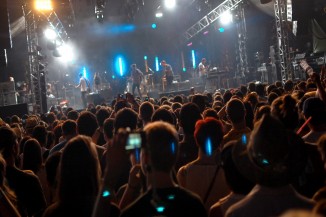 The entire music industry is feeling the effects of Level 4 lockdown, from artists to those working behind the scenes.