An investigation into rabbit and rodent numbers in the red zone is underway after concerns were raised about a perceived explosion in the rabbit population.

Land Information New Zealand (LINZ) is investigating pest numbers in the red zone after staff witnessed an increase in the number of rabbits, and LINZ was made aware of concerns the community had about a growth in rabbit numbers.

Initial research has suggested large scale pest control may not be required but localised target controls may need to happen.

LINZ land and property manager, Matt Bradley, said a decision would be made about how to get rid of the pests once more data had been gathered.

"That decision is still some time away. We want to be a responsible neighbour to green zone properties, so any decision around pest control will be well-communicated".

The inexpensive methods allowed the team to cover a much larger area, Bradley said. He added that because they only used food lures to encourage animals to leave chew marks and footprints that are specific for that species, there are no impacts on the environment.

Where appropriate, LINZ would consult with residents on planned works and “...before we take any action, we need reliable data to make responsible and well-informed decisions on this issue” said Bradley.

The Avon-Ōtākaro Network, who want to see the Ōtākaro/Avon River and surrounding red zone land as an ecological and recreational reserve for the community, said the issue of pests is growing and “it’s not just rabbits.”

Spokesperson, Evan Smith, said the large grassy area in the red zone had created the issue as it is the ideal habitat to attract northern hemisphere pests like Canada geese and rabbits. He ruled out the use of strong poisons, saying there are more effective ways of culling rabbits; “1080 would not be appropriate”.

Smith added because rabbits and geese like wide open spaces, the best solution for pest control in the area would be to change the environment. He suggested planting more native plants where native birds would thrive and pests would not.

A second pest count, in November, will confirm what further action is needed to control pests in the red zone. 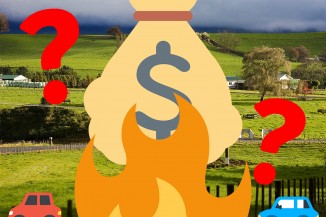 Is New Zealand doing enough to prepare our economy for a low emissions future? 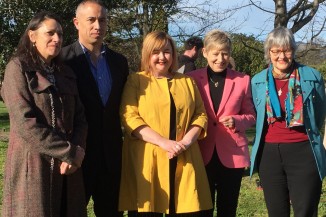 Red zone plan gets the thumbs up