It’s a Tuesday afternoon and 20 girls are running up the ramp to Victory Boxing, early for their after-school class. All aged between 8 and 18, and donning different school uniforms they sit around laughing, talking and helping themselves to bananas and water.

One girl* is quick to get ready for the class, she focuses on her boxing straps, wrapping them around her wrists three or four times, making sure they’re perfect. Her Victory Boxing singlet is worn with pride – you can’t buy it, you have to earn it.

She tells me she’s been coming to Victory Boxing for over two years, “I love it. It’s so fun” she says.

It’s the first class of a new term and there are four new girls nervous about getting started. They’re all at Victory Boxing for different reasons. Some are being bullied at school, more are looking to boost their self-esteem and others are there to let out some anger.

These girls are only a few of many who are waiting to be let into the class. The demand is so high that all of the classes are full and there’s a growing waiting list.

“It’s hard to put into words what the gym has done for me,” says Hana, who attends the adult classes. “I had been living in a violent relationship for six years and was depressed with no self confidence.”

The gym has become her second home, she joined seven months ago, made new friends and got her confidence back. Now she goes almost every other day and it’s become a family affair, with her mother and son also joining in on the classes.

Hana is one of many members you’ll talk to, who all say the same thing; “Victory Boxing has literally saved my life”.

It all started five years ago. Victory Boxing’s founder Paul Hampton was the deputy principle of Victory Primary School, continuing a teaching career that had been his life for nearly 20 years.

A lot of the boys were making bad choices, getting into trouble with the police and they were struggling in school. Paul sat them down and asked them what they wanted to do.

And what they wanted was boxing. He says it wasn’t the most favourable sport they could have chosen but he has an interest in boxing anyway. With that, Victory Boxing was born.

Twenty boys helped start up the programme in May, 2011. It operated out of the YMCA centre for the first two years and consumed much of Paul’s life in-between full-time teaching and spending time with his wife and two kids.

“It was really difficult,” he says. “I was doing [Victory Boxing] during morning tea time at school, I’d jump in the car, hoon down to the fruit store, grab the bananas and drive back to school. I couldn’t sustain it for long.”

The focus is on improving member’s lives instead of perfecting the fight. While good technique is an important part of what they do, it’s not as important as adhering to the core values of respect, responsibility, determination, caring and honesty.

“Our young people who come along are here to find some self-esteem, find some focus, find some fitness and to get onto some positive pathways… Only very few come here to engage in competitive boxing.”

The boys thrived. They became motivated and energised and they wanted to go back to school again. The need for Victory Boxing was apparent and the community became the driving force behind its growth.

With a new building, growing demand and kids needing Victory Boxing from all over Nelson, Paul left teaching to dedicate all of his time to the programme.

He admits leaving a full-time job was risky, they had just finished up at the YMCA and there wasn’t a clear structure in place. “I knew if I didn’t do it the programme would just finish off… I had this gut feeling, I knew it was the thing to do” he says.

Earlier in the day the gym is eerily quiet. It’s Paul’s ‘admin’ morning and he’s cramming in some emails before the first class starts at midday. He’s got a busy day ahead; with two adult sessions, a high-school boys class and the girls class. Most days end just after 7:00pm.

It’s been a tiring few years. In the past there weren’t volunteers helping with coaching and administration, leaving Paul to run the programme on his own. “You can maintain it for two or three years but in the end you get burnt out,” he says.

It’s the successes that make the long hours and raising money worth it, “some of the kids will write and say I want to go back to school and that’s what it’s about, that’s what drives you”.

“There’s a lot of kids doing it pretty tough out there… you get right involved if you’ve got information and if you know they’re not eating well then you go that extra mile,” he says.

Often Paul will deliver food to the kids’ family, drop them off and pick them up for boxing or help them find a job. He says the major challenge lies outside the gym, where they face pressures like alcohol and drugs, and that’s where they need support to continue applying the values they display within the gym.

“We see ourselves as just one part of a big jigsaw for these young people, we don’t ever think that we are the be all and end all answer or anything like that, we just try and work in with them” he says.

Even though he says they don’t win all of their battles when it comes to helping at-risk youth, he puts their successes down to the people who work behind the scenes.

“Kids don’t just rock up and do their thing and leave, we’ve got everything covered in that regard… I have contacts with schools and we liaise with police, youth agencies and social workers” he says.

By the afternoon the gym is full of girls skipping and boxing to the music of Poi E. The light shines down through the rafters and the roller door opens out to the car park to let in the fresh air. Encouraging messages from boxers and coaches are solidified in vivid on the wall and posters of Joseph Parker are framed, highlighting his and the gyms shared motto, “the power comes from within”.

Half of the hour-long session, is spent on fitness and the other half focuses on boxing technique. Paul and the girls’ coach Sharon Tarapipipi rotate between the boxing bags as they rattle to the punches, correcting technique and providing encouragement.

And after an hour the girls end the session with a one minute plank, “it’s not about having wicked abs for the summer, it’s about not giving up. That’s what’s important” Hampton says.

By the end of it, the girls are exhausted but they’re buzzing. They huddle in front of the coaches by the ring eager to see who gets a Juicie for putting in a top-notch effort.

The gym is run to a set schedule. Hampton says it’s about providing some consistency into their lives, “when we say right, when you arrive and come into the gym there’s going to be fruit on the table, and water, then there’s fruit and water on the table. Then they don’t feel let down and they engage more as well”.

Ask him if he thought the gym would’ve looked like this two years ago and he’ll tell you he couldn’t have known.

“I wouldn’t have thought it would have looked like this, but then I didn’t really know what it would look like, I just ran with it” he says.

Paul’s work hasn’t gone unnoticed. In 2015 he was awarded Nelsonian of the Year and the Youth Workers Award for his efforts.

But not everyone’s convinced. Hampton says letters to the editor in the local paper have suggested he’s training kids to fight on the streets.

“I don’t mind people being critical” he says, “just come along and take a look”. 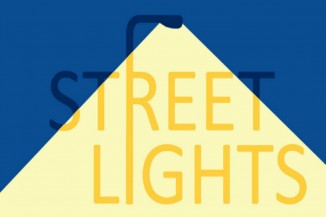 A podcast on the lives of Christchurch sex workers 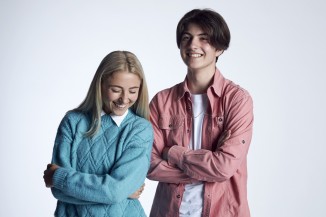 Rockquest 2020 winners talk about their new single and the difficulty of getting recognition.