Bowls Canterbury players were on home ground for this weekend's National Under 8's Intercentre competition, with teams coming from around the country to play off in local bowling grounds.

The competition began on Friday morning and would end with quarter, semi and finals at the Burnside Bowling Club on Sunday.

Bowls Canterbury women won last year and were keen to take the win on home soil.

Mel Mather said the team were in the right mental head space for the pressure ahead.

"When you're going into a national competition as defending champs, you kind of have a target on your back."

"It was really good to have Gary (Lawson - arguably New Zealand's best bowler) come and talk to them about focusing on your game and not worrying about the surrounds of everything and obviously being a home crowd it came sometimes play on them," Mathers said.

Player Donelda Scott said it was important to make sure her mind was on the game.

"You can only play the ball that's in your hand which we're all attempting to do, play the shot that we're required to play and then just observe what's happening in front of us."

She said it was always interesting observing the opposition and playing what was in front of you.

"Our first focus is to qualify, so we play today and tomorrow (for that)."

"The team's really excited. We've put the work in. We won the title last year so obviously we're working hard and looking to repeat what we did last year," Scott said.

Mather said she was confident in the girls but it could be anyone's game.

"They would've liked to have a bit more practice but the weather has unfortunately not worked in our favour for many practices."

"I'd love to say we'll be standing there with a trophy again. I'm confident in the girls but bowls is such a anyone's game - watch this space come Sunday," Mather said.

All players could only have played bowls for a maximum eight years to qualify for the competition. 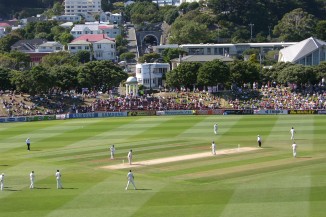 The second test match between NZ and South Africa starts today, while Canterbury and Otago enter the third day of their first class match. 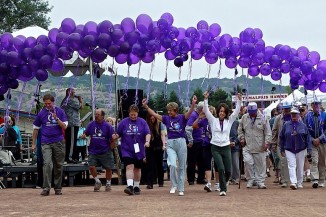 The Rangiora Show Grounds will host the North Canterbury's Relay For Life this weekend.