If you drink too much, don’t be afraid to reach out for help.

That is the unmistakable message Jess* wants young people to acknowledge.

Jess*, a 21-year-old support worker from Christchurch, has dealt with alcoholism first hand.

When she was 17, drinking from Friday-Sunday every week was the norm, but it wasn’t until she started University that drinking started to have negative impacts on her life.

“My studies started to struggle. I struggled with it. My grades were dropping, just because I was drinking all the time”, she said.

“The binges just got closer and closer. I was binge drinking daily. I was admitted to hospital a few times because of things to do with alcohol.”

“Maybe you have a problem with drinking”

Close friends of Jess* pointed out that she was perhaps an alcoholic. She went along to an Alcoholics Anonymous meeting and hasn’t looked back.

“It’s the only thing that’s worked for me so far”, she said.

As a result, she’s been sober for 6 months.

Alcohol is one of the most common drugs consumed in New Zealand, and although overall consumption figures are slowly decreasing, binge drinking is still a problem for young people.

Ministry of Health figures show that the rate of hazardous drinking has risen over the past 2 years.

Hazardous drinking is an established drinking pattern that carries a risk of harming physical or mental health, and 33.9 percent of adults aged 18-24 are drinking to that level.

Christchurch ED Consultant Professor Mike Ardagh has seen the adverse effects of alcohol on young people and said that binge drinking is still a problem.

“It certainly is a problem for us [ED staff], and for emergency services too. We spend a lot of our time, particularly in the weekends, dealing with people who have been binge drinking.”

Prof. Ardagh conducted research for the New Zealand Medical Journal in 2014 about the impact of alcohol-related presentations at Christchurch Hospital’s Emergency Department.

“Fights, falling over, sprained ankles, those kinds of things”, he said.

Between 600 and 800 people in New Zealand have been estimated to die each year from alcohol related causes.

“We know that about a quarter of the people in the department on a Saturday night are there with alcohol contributing to their presentation, and the majority of them have got injuries”, Prof. Ardagh said.

Intoxicated people cause some issues for Emergency Departments as well.

Prof. Ardagh said the physical space of the department on a Saturday night is often filled up with drunk people and staff can’t keep up with that increased demand.

“They’re more work than other people because they’re a bit disruptive.”

Young people have a variety of options when it comes to drinking venues.

Senior Sergeant Spite said students tend to sway towards flat parties, but they can be influenced by a variety of factors.

“There are problems associated with them but they’re quite erratic. They’re quite weather dependent – time of year, temperature outside, those sorts of things.”
Police work closely with the University of Canterbury Students’ Association to make sure students are drinking safely.

“They take their responsibilities very seriously, and they do their very best in quite a challenging part of the market with students wants to tear one on, or off if you like.”

The second option, which is more problematic, is when young people go to licensed premises.

“In some places where you’ve got a cluster of bars together, that can cause issues”, Senior Sergeant Spite said.

“It’s a western world thing and you certainly see similar in Australia, the UK and in the States.”

The study that’s been done in New Zealand as well as overseas suggests accessibility is a main factor with excessive drinking.

“The cause of the problem is that people have access to alcohol. Alcohol is closely associated to activates on a Friday and Saturday night, and the evidence suggests that reducing access, reduces the problem”, Prof. Ardagh said.

He said people criticize bars because they are open late and are often the place of violence, but in actual fact a lot of people preload, and that is the real concern.

“It’s across the board. We not only have to look at the bars and closing times, but we do need to look at the supermarkets and the bottle stores”, he said.

“You can drink alcohol at any age under the law, so we put some tips in place in terms of how you go about consuming alcohol and what the environment is”, he said.

“Things like food, water, the strength of alcohol, who you’re with…so the sole focus isn’t on the drinking itself.”

“It’s a shame that it’s just something we have grown up with”, she said.

“I might start up again, I’m not sure. But my ultimate goal is to give it up for good.” 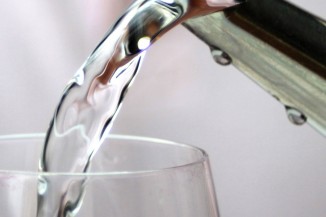 Following complaints, the council is halving the amount of chlorine in 27 of the city's 52 pump stations. 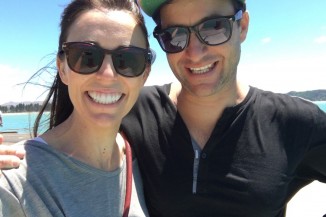