Rockquest 2020 winners talk about their new single and the difficulty of getting recognition.

Ben and Brody are a brother and sister duo from Auckland, New Zealand. They won first place in the solo/duo category at the Smokefree Rockquest in 2020. Their single Open Up has been playing on national radio over the last few weeks.

Brody explained about the beginning of their musical journeys, and said,

"When we were younger I liked writing songs and I wasn't great at singing, but everyone loved Ben because he was cute and did Ed Sheeran songs."

Brody first entered Rockquest in intermediate school in a band, but she then decided to pursue music as a soloist.

"Ben was too young to enter when I did, but he entered the competition when he was in intermediate as well, so we have both entered a few times separately. But in 2019 we both thought that we would give it a go together. Then we made it to the final which was pretty crazy."

When asked about the meaning behind Open Up, they explained that because of their age it can be difficult to write about certain experiences, so Open Up was a storyline they had created, partnered with their own experiences.

"We are so young, so writing about experiences can be difficult. So when we were writing Open Up, it was more of a story that we had made up. We thought of people around us that are shy and hold themselves back. It's about that emotion of being nervous and shy that can hold you back from having fun. I think that was the message of the song, open yourself up to people and be confident."

When asked about the New Zealand music industry, they said that producing and publishing your music is not the hard part, but getting recognised is. 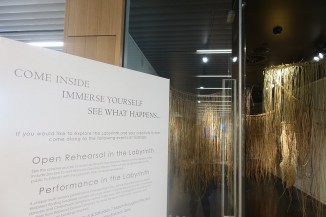 Taking a walk through your minds labyrinth 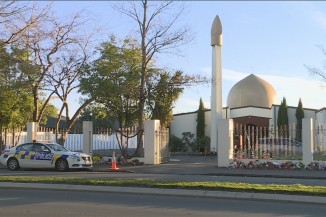 Tomorrow is Eid Al Fitr marking the end of Ramadan for the Muslim community. This year is extra significant being the first after March 15.