A letter from the Education Minister Penisimani Fifita, to Tonga High School banned females in public schools from being involved in rugby or boxing.

Former Blackfern and sports journalist Melodie Robinson said: "It takes the opportunity away from young women to make the choice of what they want to do.

"Women's rugby generally has so many fantastic Tongan women who are involved in the sport," she said. "They excel at it."

"It just doesn't seem right that a certain type of sport would be banned."

A pensioners' advocacy group has spoken out against National's proposed retirement age rise. 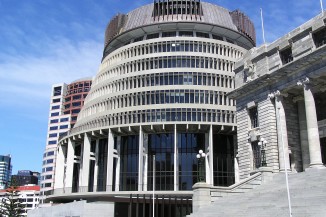 There's a push for better representation of Asians in city councils and the Beehive.