The Australian ball tampering scandal continues, as Steve Smith, David Warner and Cameron Bancroft are suspended and sent back to Australia for their involvement.

Cricket Australia Chief Executive James Sutherland addressed media in Johannesburg early this morning where he told reporters that the three players were the only ones involved in the scandal and coach Darren Lehmann will stay on.

"No other players or support staff had prior knowledge and this includes Darren Lehmann, who despite inaccurate media reports, has not resigned from his position.

"He will continue to coach the Australian men’s team under his current contract."

Sutherland said Cricket Australia's investigation is ongoing and will announce what sanctions will be imposed on the players tomorrow morning.

"We are contemplating significant sanctions in each case... which will reflect the gravity with which we view what has occurred and the damage it has done to Australian cricket."

He apologised to both Australian and South African cricket fans.

Tim Paine has been named as replacement captain.

Glenn Maxwell, Joe Burns and Matthew Renshaw are being flown in from Australia, to play in the fourth and final test against South Africa in the series starting Friday.

21-year-old Queenslander Matthew Renshaw was playing in the Sheffield Shield in Brisbane against Tasmania and did not know he was being called to South Africa until a press interview after the game.

"I haven’t really been thinking about that, I've just been trying to get my hands on that Shield over there."

All three replacement players have played in test cricket before, and have reached triple figures at the highest level, a feat no Australian on this tour has achieved so far. 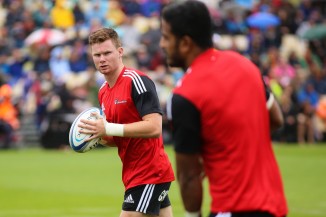 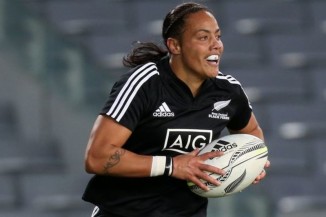 FullTime with Zion and Isaiah #6