Record rainfall lashes Auckland causing damage and road closures throughout the city and in surrounding towns.

An apartment complex in the coastal suburb of Kohimarama was evacuated last night after suffering damage in a landslide.

10-metre chunk of dirt tumble down a cliff face into the back of the apartments, forcing the tenants in the complex and in nearby houses to evacuate.

Kohimarama School had two students affected by last night’s landslide, and Principal Paul Engles said they will be doing all they can to look after the family.

"We'll be gauging what we need to do when they come in so we can support them as we would for any sort of traumatic events," he said.

19-year-old Harry Davison was driving along the water front and said he saw the slip happen at around 8pm.

Davison said cracks were starting to appear in the dirt as mud tumbled down the cliff into the back of the water-front apartment block.

19,000 South Auckland homes are currently without power, following the remnants of Cyclone Debbie.

A Transpower spokesperson said they are hoping to get it up and running soon.

It is expected to be restored around 7pm tonight.

East Auckland's Pohutakawa Coast is another community that has been hit hard by wild weather.

Beachlands Fire Brigade have been pumping water out of properties, closing unsafe roads and clearing debris.

Brigade Chief Fire Officer Shane Rutherford said it has been an extremely busy day for them.

Shane said their experiences with Auckland's torrential rain 3 weeks ago made them more aware of what needed to be done this time around.

The small east Auckland town, of Beachlands has seen wild weather tear through their community, causing a landslide at Sunkist Bay Beach.

The landslide spilt over the beach sea wall which raised concerns for community members worried about the leakage in the retaining wall.

Police have confirmed a person is missing after going under water in the Waikato River, near Ngaruawahia.

A member of the public said they saw a male being swept away in the river just after 1pm, near the rail bridge.

A search and rescue operation is underway and a police boat has been deployed on the river.

"If this person made it out of the river, we ask that he make contact with the police so we know that he is safe," a police spokesperson said.

Courtney Burchell, a resident from an east Auckland town said parts of Clevedon are partially submerged.

"All the buildings that are in the reserve look like floating islands, there's water everywhere," she said.

Courtney said that its not common for them to have floods but this is the second one within the space of three weeks.

"Roads are blocked and busses aren't running so pretty much everyone is stuck." Courtney said.

Fire crews and geo-tech reporters were at the scene of a massive slip in Auckland's North Shore in which part of a cliff fell into the sea.

The slip could affect 3 properties this afternoon if torrential rain projected by MetService was to fall.

He said no one was injured.

MetService reported that by lunchtime today, up to 10 millimeters of rain will be recorded.

East Auckland resident Dylan Leckner took this video on his way to work, driving along Grand Drive in Remuera. 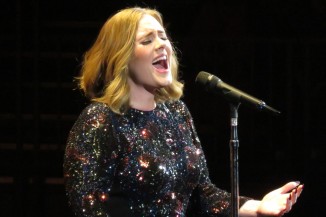 Adele dedicated her hit song 'Make You Feel My Love' in Auckland last night to the victims of the terror attack in her home town. 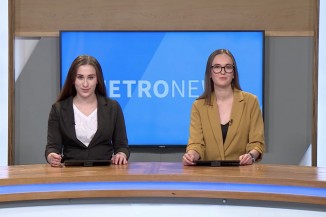 Top stories: Will Christchurch get a bed tax, we take a look at the cities dirty 30, and what's got kids swinging hips.