A volunteer group says the Cashmere Stream has become fifty percent more polluted because of the Port Hills fires.

Cashmere Stream Care Group spokesperson Ken Rouse said the fires in the Port Hills loosened sediment in the area. This sediment spread into surrounding streams, such as the Cashmere Stream.

Cashmere Stream feeds into the Heathcote River, one of the most polluted urban streams in Christchurch, according to a Christchurch City Council report released two weeks ago.

The group said in its newsletter earlier this month that sediment from the fires had reduced the clarity of the water and harmed aquatic species like fresh water fish and macro-invertebrates.

Rouse said action was needed, perhaps even legislation, to limit the copper content manufactured into car brake pads as that was another major factor in river pollution. 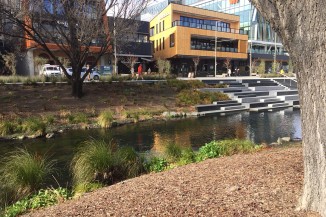 Cleaning up our rivers will take a century