Jacinda Ardern said she knew many Kiwis were anxious about compliance to the new level's rules.

Police figures showed as of 5.30pm yesterday there were 185 breaches of level 3 guidelines - 46 resulted in prosecution.

This was 81 more breaches in the last 24 hours, and 21 more prosecutions.

There were also 1,035 complaints made, mostly related to lack of social distancing, business practice breaches, safe operating, recreational activities, and in home gatherings.

She said police had seen a spike in breaches early in level 3 (which also happened in the move to level 4) but they were starting to die down.

The Prime Minister said New Zealanders had a responsibility to make the new phase of response work.

"The last thing we can afford is a spike in cases due to taking our foot off the pedal," she said.

"Now is not the time to loosen up our compliance."

Arden updated the numbers of children back at school.

She said two percent of year one to ten students were attending school, and four percent early childhood education attendance.

The PM restated Wednesday's comments that this low percentage was a strong indication of caution in level 3.

She also gave new figures on the economy under level 3.

There were 400,000 Kiwis back on the job and 75 percent of the economy was back up and running.

Three billion dollars would be used through the tax system to help small enterprises through the pandemic.

She said about $6.5 billion had been paid to small and medium businesses in wage subsidies, which had "undoubtedly limited" job loss. 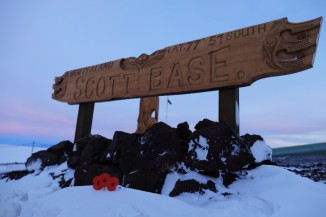 For much of the world, the COVID-19 pandemic is changing life as we know it. However, people in Antarctica are watching from the sidelines. 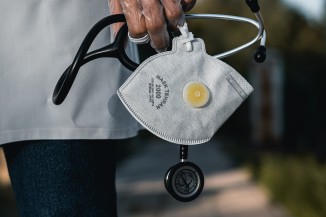