Freedom campers are causing headaches for Diamond Harbour, taking up parking meant for ferry commuters and putting facilities under strain.

While it has since been removed, the issue of freedom camping in the Lyttelton Harbour village remains.

Diamond Harbour's Community Association has urged the Banks Peninsula Community Board to address the issue.

In a letter to the board, association secretary Christine Turner said freedom campers were taking advantage of the space at Stoddart Point, where parking is designed to accommodate for users of the Diamond Harbour ferry.

Dozens of vans were parked in the domain on a regular basis. On one occasion, 14 cars, a school van and a trailer were parked overnight in the reserve.

Basic facilities were neglected, with rubbish collection and many toilet blocks under strain from overuse.

The septic tank, used to treat sewage water, was deemed inadequate by an engineering report.

"We live in such a lovely part of the country, it would be good if we can accommodate them," Turner said.

"The fact is it is a parking zone, but over the summertime it's really hard to find parks."

The letter was discussed at the community board meeting on Monday.

The board acknowledged the issue.

A bylaw would need to be put in place before December 1, when camping season blossoms in Christchurch.

The board intends to meet with city council staff in the coming months, with the hopes of finding an enforcement solution. 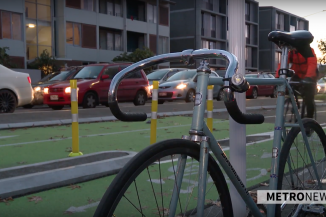 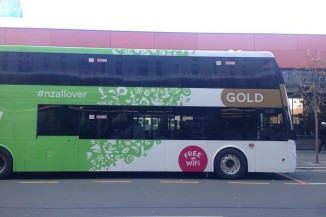 Buses bring tourists back to Kaikoura

Up to 104 passengers are travelling to Kaikoura, Blenheim and Picton, on InterCity's new double-decker buses.