Coffin-shaped plaques were delivered in the dead of night to arts organisations across the city... now the hunt is on for those responsible.

The source of an anonymous message sent to Christchurch's arts communities has been a mystery since June last year..

The "satirical" coffin-shaped plaques were sent to a number of organisations including Exchange Christchurch, Orange Recording Studios, SCAPE, The Art Gallery and the City Council.

Communities funded in a post-quake capacity were the most notable recipients, and many said they were still looking to find out who sent them.

Each plaque sent out had a different return address, which made tracking the sender impossible by that means.

The messages on each differed slightly, but all had "In loving memory, Creative City, 2010-2018," inscribed at the top.

Head of Operations at Exchange Christchurch Preston Hegel believed the timing of their distribution coincided with the scrapping of funding to the Public Arts Advisory group in June of last year, when the council signed off on the city's long-term-plan.

"This Public fund was used to build arts collectives and get some momentum behind the arts post-quakes - arts organisations depend on continuous funding to stay alive."

The fund of $290,000 a year "went a long way," and was what helped to bring some of Christchurch's most iconic sculptures to the city - including Antony Gormley's 'Stay,' Neil Dawson's 'Fanfare' and Julia Morrison's 'Tree Houses for Swamp Dwellers.'

Preston said that the city council continued to prioritize retail and hospitality in the CBD, rather than encouraging arts initiatives.

"But that would be a risk, and this city is very risk-averse. That's why I feel this culture of emerging arts has been suppressed, because all of it is very risky."

"Groups within the council who have been keen to utilize the art, have wanted to do so in a very prescribed manner."

"It's been the public, businesses and other organisations who have embraced the art form and seen its value in our post-quake environment."

But Councillor Sara Templeton said that although the public arts fund was scrapped, that was not the end of community arts funding for Christchurch.

"We didn’t stop arts funding at all, just funding to the Public Art Advisory group that has previously been allocated - and that was a tough decision with incredibly tight budgets.

"We still have a lot of arts funding available."

The search for those behind the message continues. 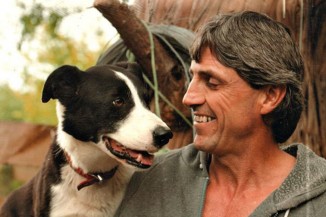 Cartoonist lives on through Wal and dog

Legendary Cartoonist Murray Ball has passed away after a six-year battle with Dementia. Ball was best known for his iconic Footrot Flats comic strip. 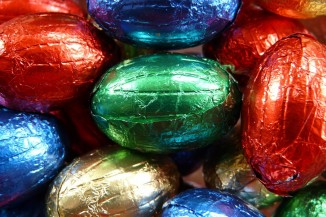 Easter isn't all about chocolate

Two weeks until Easter and what's it all about?