Consultation is underway over a 30-million-dollar plan to improve sewage disposal in the tourist hot spot of Akaroa.

Consent for treated wastewater to continue being released into Akaroa harbour runs out in 2020.

He said "The Christchurch City Council have backed themselves into a corner and left themselves limited time to find an alternative disposal method."

"It's just their immediate reaction to the issue and I think it's them finding the path of less social impact."

Julian Calcutt and his wife Katrina have just spent a large amount of money doing an extension to their property, which he says he wouldn't have done if he'd known about the plans.

Head of Three Waters and Waste, John Mackie, said "There are five new options for disposing the wastewater all of which involve reclaiming and reusing, or recycling the treated wastewater meaning, it could be useful for irrigation."

While Calcutt agrees it could be a valuable resource in the future he said "Firstly there is not enough room for the new plant, the council can't guarantee the removal of all bacteria from the sewage and finally the clay ground conditions means the partially clean wastewater will only soak back down to the waterways anyway."

He and his community will be opposing the plans later this month.

There were many factors to think about such as slopes and how close the locations were to residents.

She said the council could not exclude areas because people did not want them there. 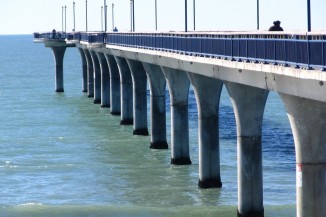 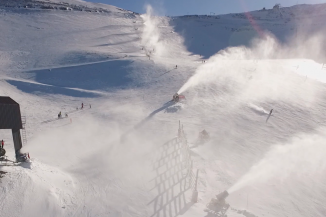 Future of skiing set to change with the climate

Ski resorts are prepared for change in line with the climate.