Akaroa is bracing itself for the summer cruise ship season.

Banks Peninsula Community Board member and deputy mayor Andrew Turner said Akaroa was not ready for the number of tourists coming.

He said the community would be surprised to hear how many tourists were scheduled to arrive.

Canterbury's tourism marketing body, ChristchurchNZ, is working to reduce the number of days with two cruise ships in the harbour, but as the schedule shows, there are 14 days with more than one ship arriving.

Akaroa resident Mike Norris said the harbour was not supposed to have more than one cruise ship a day.

''It makes me feel very angry... 50 tour buses is ridiculous. It's poorly handled and badly scheduled to suit the cruise ships.''

He said the town could not cope with that number of people. The sewerage system was already struggling to cope.

ChristchurchNZ had given no thought to the locals, Norris said.

An idea floated at the community board meeting on Monday was to send the ships to Kaikoura and Lyttelton.

The board members resolved to ask ChristchurchNZ to "urgently come and talk to the board about destination management for Akaroa".

Deputy board chairperson Tyrone Fields stressed the importance of a management plan and said Akaroa could not accommodate several thousand people "with buses lined up and toilets overflowing''.

"From late December to early February there's barely a day without a cruise ship of less than 3000 people. The community needs to be made aware of it."

Board member Felix Dawson likened the situation to "deja vu".

"We were having this conversation last year." 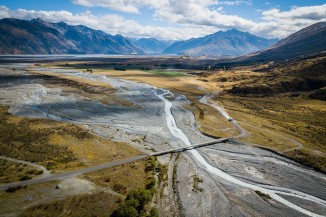 In early April, Tourism Minister Kelvin Davies announced a taskforce would be set up to look at the way tourism in New Zealand is governed

Canterbury and most of New Zealand have moving into Level 2 and the tourism industry is unsure what will happen to the sector.