The Minister for Regional Economic Development hit out at the airline last week, where he said they shouldn't forfeit regional links as a cost saving scheme.

"Then they decided within three weeks to bail out of Kapiti. Hell, you get better rights for buying a second hand car. If they really want to hook up with other provincial providers they need to put their money where their mouth is."

Mr Jones claims he was acting as the champion for regional areas.

Air NZ has spoken out after the minister's outburst, stating the government has as much say in its operation as normal shareholders.

Chairman Tony Carter said any appearance of a lack of commercial independence is damaging to shareholders.

He said the airline will always act independently of the crown.

National MP Paul Goldsmith said it's acceptable to raise performance questions but attacking businesses and their leaders is not. 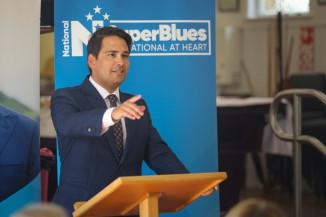 Ruth Dyson's exit leaves a 'real opportunity' for the Nats.

Here's everything you need to know about The Opportunities party, all in the length of an elevator ride.