James Shaw says a $13.1 boost million for an electric car roll-out is a significant step towards carbon neutrality.

The Government announced the funding for more than 400 electric vehicles on Wednesday.

The climate change minister said not only were electric vehicles better for the planet, they were also cheaper to run.

"Over the life of a typical electric vehicle, the emissions comparison with an internal combustion isn't even close."

"It is crucial we don't take our foot off the accelerator when it comes to transport emissions."

DOC received just over $5 million to buy 148 vehicles, and install the infrastructure that goes with it.

Nine Government agencies, including DOC, Kāinga Ora, and Statistics New Zealand, have bought into this scheme.

The Northland DHB will lease 150 cars instead of purchasing them.

The agencies paid half the cost from their own budgets, while the Government paid the other half from its $200 million State Sector Decarbonisation Fund.

Government agencies were required to measure and publicly report on their emissions and offset any they could not cut entirely by 2025.

Over the 10 agencies, the roll-out could reduce carbon emissions by 11,541 tonnes over the next 10 years. 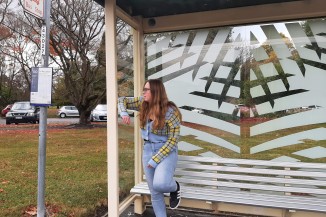 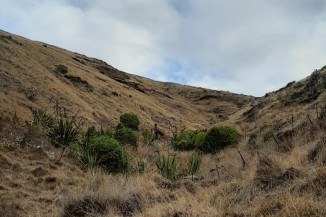 It's the second dry winter in a row, and farmers on the Peninsula are feeling its full force.