The checklist for an abortion

It’s no revelation that society holds different views over what New Zealand’s law around abortion should be. There are two sides to the argument, pro-life and pro-choice. But, should abortion be considered as health care, or a crime?

Abortion in New Zealand is legal on medical grounds but is considered a crime for anyone to carry out an abortion that's not justified "medically". If a pregnant woman doesn’t qualify for an abortion on medical grounds her only choices are to become a mother, put the child up for adoption, or to break the law by illegally seeking other ways to terminate a pregnancy.

A noticeable trend has been the number of abortions granted under one specific ground. In 2016, a large majority of women were granted an abortion under the danger to mental health ground.

Abortion Rights Aotearoa President Terry Bellamak admits that many women make up a story about being mentally unwell to qualify for an abortion.

“Most women I’ve talked to quite openly say that they lie through their teeth because that’s what you have to do, you have to tell them you’re too mentally fragile, and if you continue the pregnancy you’ll fall apart.”

Justice Minister Andrew Little revealed that women lying about being mentally unwell to qualify for an abortion is currently the subject of a complaint to the Human Rights Commission.

When asked if Minister Little believed it was time the grounds for abortion were reformed, he responded with, “our laws with the Contraception, Sterilisation and Abortions Act goes back to 1977 which is more than 40 years old, and I think we need to bring it into the 21st century.”

Minister Little’s stance on abortion is that it should be a woman’s choice.

He believes the law shouldn’t dictate whether or not a woman is obliged to carry a pregnancy through to a full-term.

However, this is not the view all New Zealanders take. Anti-abortion campaigner Laura Brown thinks abortion should be criminalised and treated no different to murdering someone outside of the womb.

She believes it is good that abortion is in the Crimes Act.

Brown is a strong voice in the abolishing abortion community with some extreme views but has also had an abortion herself.

“I’m guilty of murdering my own baby,” confessed Laura.

Her first child who she calls ‘Lauren’ was ectopic in her right tube which led to an emergency surgery to remove ‘Lauren’. After the surgery, Laura asked to see her baby which sat in the palm of her hand ‘perfectly formed’.

Afterward, Laura didn’t leave her house for a year and suffered from major depression but is still adamant in her beliefs that “it is never okay to murder an innocent human being.”

She had an abortion in an emergency situation which saved her life. But she would deny others that choice.

As a Christian, Laura believes life begins at the moment of conception and that a brand new human being is then created in the image of God.

From a medical perspective, Dr. Sue Bagshaw from 298 Youth Health in Christchurch has the opinion that life begins when a child is born. She believes the fertilised egg is part of the woman’s body, and therefore it should be the woman’s choice to decide what happens to her body.

Similar to Andrew Little, Dr. Bagshaw thinks abortion should not be criminalised.

“The choice of a woman to terminate a pregnancy should not be criminalised in the way it is at the moment,” said Minister Little.

During the late 1900s, abortion rates were the lowest they’ve been in a long time. Terry Bellamak feels when the original law for abortion was put in place in 1977 the culture back then was much more sexist, that even getting a divorce was frowned upon.

Abortion Rights Aotearoa (ALRANZ) is an organisation fighting for a law reform to make it less discriminatory and easier for women to have an abortion without facing so many restrictions or requirements.

President of that organisation Terry Bellamak has also had an abortion. She was a teenager who went to a Catholic school, and her peers would sometimes protest outside the abortion clinic. With her mind made up that she wasn’t ready to become a mother, Terry went through with the procedure. Her experience was ‘nurturing, communal and safe’.

On the other hand, women from New Zealand who’ve confided in Terry have explained their procedures to be isolating, with nobody talking to each other and only offering a brief smile.

Originally from America, Terry was shocked with New Zealand being the first country to give women the right to vote in 1893, yet the government still hadn’t changed its abortion law since 1977.

The worldwide argument for abortion is between pro-life and pro-choice. Ireland recently voted in May to repeal the Eighth Amendment, the ban on abortion. 66% of the votes were for the change, and now abortion has been legalised.

Our country also needs to decide whether abortion should be considered as health care or as a crime. The abortion law is over 40 years old and set at a time when there were only four female MPs in parliament. Society has changed dramatically since then, but our abortion law still hasn’t.

Is it time for New Zealand law to catch up with society, or are our views still the same as in 1977?

Have your say in the poll below. 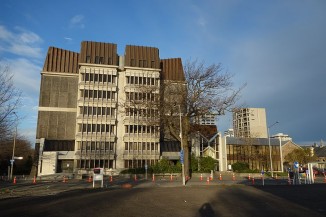 'I considered him my son'

The man accused of killing a Christchurch toddler says he cradled the baby boy to sleep hours before his death. 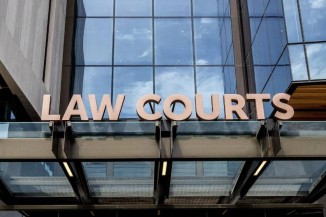 'I didn't force anything.'

The man accused of sexually assaulting a sleeping woman has denied claims that his actions were non-consensual.