The night started off with me sculling a whole 1.25 litre bottle of cider through a funnel, so safe to say I was drunk. We got to the party kind of early so me and my friends stole a few drinks from the fridge and decided to run to the bathroom and take some MDMA before everyone got there. The party kicked off from there. I don’t remember a lot because I was pretty out of it. I was outside at some stage of the night and my best friend came up behind me and put her hand under my nose with what i thought was more MDMA (but was cocaine) so i gave it a snort. I woke up super confused in a hospital bed later that night being told by a doctor that I would have to get my stomach pumped (again) and that I was killing my body by having excessive amounts of drugs and alcohol every weekend.

I lost all of my family and childhood friends from this behaviour I’d kept up for the past couple of years. A few of days later I went to WINZ to put myself on the doll and they told me to go to some army boot camp instead. I thought what do I have to lose and signed up for the course which started in a week.

Statistics New Zealand released in the latest March quarter that there are 86,000 15 to 24 year-olds that are not in training, education or employment and over half of those are receiving some sort of benefit.

A 19 year old Christchurch girl was part of those 86,000 until she knew she’d hit rock bottom. She was directed to a course which shaped her life for the better. That course was the Limited Services Volunteers Learning Camp (LSV).

Limited Services Volunteers is run by the New Zealand Defence Force in partnership with Work and Income and the New Zealand Police. LSV was set up in 1993 and has helped thousands of 18 to 25 year-olds get off the benefit and into employment. There are two LSV programmes, one is at the Burnham Military Camp in Christchurch and the other is in Hobsonville in Auckland. There used to be another LSV camp in Trentham (Wellington) however the government cut its funding in 2015.

I’m tired -not tired, fatigued. This morning when the clock hit five, I was hit by the spit of my platoon leader barking at me to wake up. At first I thought there was an emergency so I jumped up in a rush of adrenaline, I was kindly reminded that this would be my wake up call for the next six weeks. The next two hours I spent cleaning and organising my uniform. Any spots missed and I had to go back and do it again. The guy next to me didn’t iron his uniform so he had to stand by the flag on the parade grounds for 20 minutes. We marched around for two hours in what felt like -100 Degrees. Then we sat in a class and spent a couple of hours talking about our past and our feelings like we were a bunch of pussys. After that we had to run so far I might as well have gone to China and back. Apparently rain, hail or shine we’ll be up to this crap every day. I haven’t seen a ciggy or a joint in a week and I’m losing my mind. I want to get out of here now!

There are multiple other courses throughout New Zealand to help young New Zealanders. Social Development Minister Anne Tolley  said “Helping young people who need support into employment is a main focus for the Government and there are a number of programmes available to help them.”

However social worker, Melanie Thomason said that isn’t enough. Melanie has been a caregiver for a 19 year-old Sean Barret for half a year now. He was previously kicked out by his mum, grandmother and uncle. Melanie sent him to LSV in high hopes that he would gain his family's trust again.

“The Government may have these courses in place but I’d like to see them followed up so these kids don’t go back to their old tricks as soon as they get home from the course. I know for a lot of them, like Sean, it’s their last straw, we honestly don’t know how else to deal with this kid anymore. And if they fall back into their ways there’s not going to be a lot of options left for them.”

Operating Commander at Burnham Army Camp for LSV, Grant Boore agrees that they key to making courses like LSV a success are having a follow up so their participants don’t go back to old habits.

Statistics New Zealand in their March Quarter release showed the NEET rate of young people fell to 12.8%, down from 13.5% in the previous quarter. However, when compared to the 2016 March year the number of 15-24 year olds not in employment, training or education had jumped by 4,000 people. As to the 2015 March year, numbers have increased by 10,000 people.

“We need to focus on an economy that generates jobs for young people. Job growth in New Zealand continues to be strong with 137,000 new jobs created in the past 12 months”

Melanie Thomason said having a course like LSV is extremely beneficial to have in New Zealand.

“I would have thought they would have more LSV courses in New Zealand. The numbers do the talking there’s 46,000 of them on a benefit. All kids need these days is boundaries, discipline and structure and that’s exactly what LSV provides. It’s also going to build self-confidence for them. So many of these young people are embarrassed by going to WINZ and getting a benefit or putting themselves on the doll because they know they can be doing more. From what I’ve heard LSV build these kids up to be proud of themselves for once.”

Graduation day. My family actually made a special trip to come and watch me. I haven’t talked to them in a year and there they are, tears of joy. In all honesty I hated every moment of LSV when I was in there but If hadn’t gone I would not be alive right now. It saved me physically and mentally. I respect my own self and no what I’m capable of. I have my family back; I have a new supportive group of friends. I was approached by the New Zealand Army to continue on with my training.  There’s no way I’m going back to my old drug and alcohol habits and I can only hope my platoon - my second family - does the same. 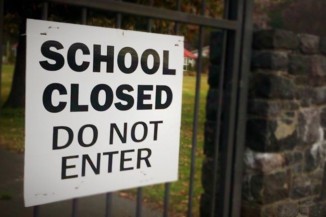 After winning a battle to use a public park for its campus, Redcliffs must choose the design for its new school. 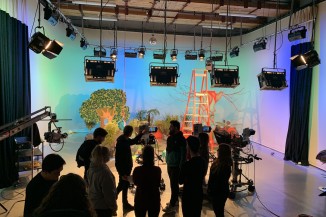