A national telehealth abortion service has been launched which comes as a long-awaited milestone in improving women's health services.

Funded by the Ministry of Health, DECIDE will provide abortion information, advice and counselling over the phone from doctors and nurses all over the country.

Previously only a small number of DHB’s have provided abortion services over the phone, the rest requires in-person appointments.

Since 2020 upwards of 13,000 women per year are getting abortions in New Zealand.

A young university student who received an abortion last year said that without any help from family, friends or her school the system was very hard to navigate.

She felt alone in the process and was intimidated by the lack of resources and available help.

DECIDE is a joint venture between Family Planning and Magma Healthcare and it will be implemented in three phases.

In April referrals and information about abortion services become available.

On July 1st follow-up care and abortion related counselling will be accessible.

The last phase is set to be launched in November which means clinical consultations for an early medial abortion can be done over the phone and medicines couriered.

Earlier this year, Government lifted some of the funding restrictions on abortion medication, meaning a wider range of health practitioners can prescribe them.

In a government press release Associate Health Minister Dr Ayesha Verrall said that everyone should be able to access abortion information and care when they need it.

“As part of the telemedicine service, people will be able to immediately talk to a practitioner willing to provide abortion services, removing a key barrier for some people.”

The service will be  free and all patients will be part of an active follow up process via the free, dedicated number 0800 DECIDE.

Gender Justice Collective founder Angela Meyer says that women's health has been neglected by the government for too long.

Recently Angela was part of the advocacy group that pushed for the government to commit to a women's health strategy as a part of the Pae Ora (Healthy Futures) Bill.

She thinks DECIDE is an important step in the right direction however it's just 1 issue from a big list that's been left unattended to.

In 2020 Gender Justice Collective conducted a policy survey with over 3500 New Zealand woman and non-binary people asking what they want from their elected representatives.

“To us it seems there is no overarching strategic thinking about women's health.”

In 2020 alone 14 separate petitions about women's health were submitted to parliament.

Contraception is one of those issues.

Currently if you want a long-acting contraception (LARK) the criteria to get one free is narrow. For most it’s expensive and for some unaffordable.

Wait times can be weeks due to the lack of doctors trained to insert them. Some DHB’s don’t have anyone so on top of wait lists people are having to travel to get them.

The National Women in Medicine conference will be held tomorrow, the first instances where a panel will discuss women's needs to be considered in the government strategy. 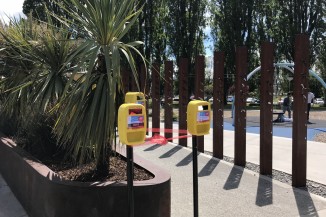 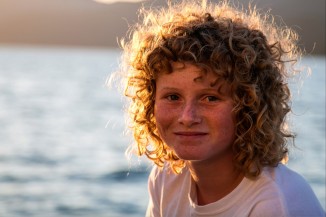