Beautifoal's ex-owner Richard Hayden has moved off the streets and is enjoying life on a farm.

Beautifoal and her now ex-owner, Richard Hayden, were a familiar sight in the city after the pair moved from Blenheim to Christchurch after the earthquakes.

The horse is now enjoying a quality life grazing alongside other horses in a secret countryside location.

Hayden was ordered out of Blenheim by a Christchurch judge in 2013 when he was charged with the serious assault of a police officer.

He moved out of the city to get away from the hustle and bustle of everyday life.

Hayden’s been given access to paddocks in Marshland with his partner.

That’s where they look after “60-odd chooks”, a dog, two horses and two miniature ponies. He loves it.

“I have a great life. The best life. I’m real fortunate.”

One of Richard’s chickens

Hayden said he gathers most of the food he consumes himself.

“I’m quite self sufficient”.

He and his wife are raising chickens with the aim of starting a small venture supplying eggs to local cafe C1 Espresso.

“If we can meet the needs of the cafe, he [C1 Cafe owner Sam Crofskey] said we could give them our eggs every morning by the end of the year.”

He said he’s had the chickens for almost a year and they were “good company.”

A man about a horse

Hayden’s love of animals started at an early age, growing up in and around the horse racing industry.

“All the kids my age were doing paper rounds. I was taught to gamble at a young age. Taught to work. It’s always been about the horses for me”, he said.

“Racing, rugby and beer was our culture.”

“The little boy I’ve got only has one eye. His nickname’s Roadkill.”

Hayden said Roadkill was listed on TradeMe “for a wee while”.

“No one wanted him. I had to buy him. He would’ve been shot”.

“He is such a character. So I had to get him a little girlfriend.”

Hayden often takes the pair to a local kindergarten where kids are able to ride them.

“It’s definitely for the kids. They are always rapt to ride them”.

Aside from animals, Richard has another passion – biking.

He has customised his bike to include a sulky for his dog- the cart and wheels used in horse trotting.

Hayden was put off driving due to his past habits of drinking under the influence of alcohol.

“I suddenly realised, I could have killed someone.”

He hates that people are so focused on their cars and speed. 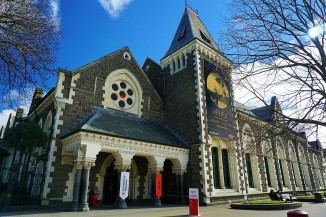 The system that saved the world

One of the greatest battles in British history has a secret New Zealand story. 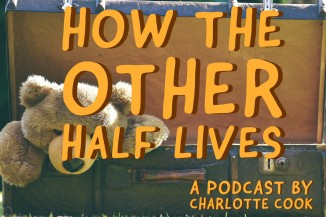 How the other half lives

A 3 part podcast giving kids from split families a voice.