On March 12, the Ocean Endeavour was forced to leave Antarctica a day earlier than expected as news of countrywide lockdowns trickled in from around the globe.

The race was on to get a group of Antarctic explorers back to Argentina in time to find a flight before countries closed their borders.

University of Canterbury student Anzac Gallate, 19, was one of 15 explorers in the Antarctic Heritage Trust's expedition to the peninsula in early March.

The group left New Zealand on March 6, flying to Argentina where they boarded the Ocean Endeavour.

They arrived on the Antarctic peninsula after a multiple-day voyage through the turbulent Drake passage. Cut off from any communications with friends and family, they were oblivious to the unfolding growth of the COVID-19 pandemic.

Towards the end of their venture, a briefing was held to inform the group that the Ocean Endeavour must return to Argentina at once. The US Government would be cancelling incoming flights from Argentina from March 17.

With a number of American passengers on board, the need to leave immediately was clear.

The ship was halfway across the Drake passage facing 8-metre swells and rough weather conditions when port authorities dashed the group's hopes of being allowed into the country.

The authorities requested the ship to first complete a 14-day quarantine period. However, the crew was able to convince them to reduce this to seven days as they had already been travelling for a week.

The ship anchored in view of Ushuaia on March 14, where they began their quarantine and finally regained access to the internet after being disconnected for 10 days. News of other countries shutting their borders came in one after another as everyone tried their best to organise flights with the help of their embassies.

During this period, Argentina announced a countrywide lockdown would be put in place in a week's time, putting the group's hopes of returning home in further jeopardy.

"Every single day there was an update on flights being cancelled for everyone.

"It was looking less and less likely that we were going to get out of there," Gallate said.

After numerous cancellations, his group was eventually able to find a flight from Ushuaia to Buenos Aires once their quarantine period was over. The group were ushered off the ship onto buses, in which they were escorted through the city by local police.

"It was like a ghost town, dead silent," said Gallate "People were peeking out through their curtains and windows looking at us."

After repeated flight cancellations the explorers were forced to go to the airport without  bookings and hope to find a flight out of the country any way they could. Gallate recalls fearing for the worst when deputy prime minister Winston Peters advised all New Zealanders overseas to focus on hunkering down where they were.

Eventually, their hopes of getting home were given a timely boost, and with the help of the Antarctic Heritage Trust they found a flight to Sydney via Chile.

Gallate said it was a relief to get back to a familiar part of the world but the group were still itching to get home. He and his fellow Kiwis finally touched down on New Zealand soil on March 26, bringing to an end a journey that spanned three continents.

"Just to be back in the country we're all super relieved," said Gallate. "We got really lucky, there are Kiwis all around the world stuck in difficult situations right now so we're really fortunate to be where we are."

Gallate and a few of his fellow expedition members are currently self-isolating in Piha keeping themselves busy by editing footage and photos from their trip. 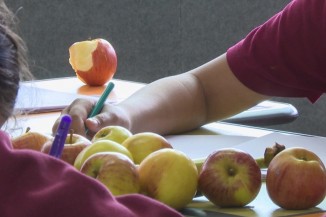 For fifteen years, Kiwi kids in low decile schools have received the produce, and as I found out, it always goes down a treat. 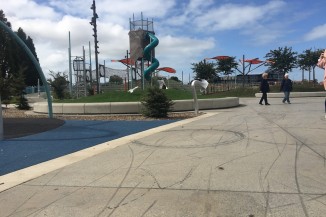 A donut vendor at Margaret Mahy says reckless riders have hit and injured children. He is calling for a "GPS fence" to stop the e-scooters.