Tertiary Education Union president Sandra Grey said polytechnics were struggling to keep courses and staff because of the funding cut, which amounts to a 5% decrease, as revealed in the Tertiary Education Commission's annual report.

The cost of running tertiary institutions had risen markedly over the last decade but funding increases had not followed suit, she said.

"There are real shortfalls in funding just to keep those institutions ticking over."

Grey said the government's competitive funding model for level 1-4 as the main problem. These are certificate and diploma level courses.

The model meant educational institutions had to compete for funding annually, which meant a lot of polytechnics were missing out on significant amounts of funding to private companies that profit from education, Grey said. The competitive nature of the model also made the education sector volatile.

"We'd like to see all of education not become a political football... It's about making sure there is accessible and affordable education for every Kiwi"

Tertiary Education Minister Paul Goldsmith said the figures did not represent a funding cut for polytechnics.

"Funding for all tertiary providers is linked to student numbers, so a decline in the number of equivalent full time students will lead to a reduction in funding."

Grey said the minister and his predecessor, Steven Joyce, failed to understand the need for education in small communities with smaller student numbers.

"Our small community, regional polytechnics... [haven't got] the student numbers but it's really important to look at whether the community needs those courses to be run."

Director of corporate services Darren Mitchell said Ara institute of Canterbury was denied funding for the equivalent of 17 full time students, but did not have to cut any courses.

The Open Polytechnic in was not so lucky, losing 17% of its funding. 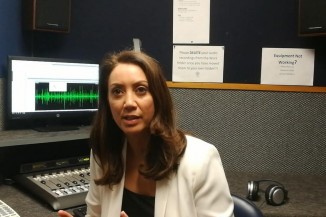 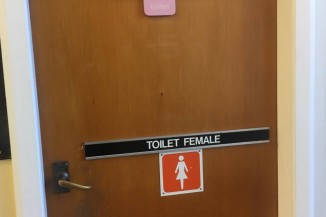 Gendered toilet signs should be flushed

People who identify as gender diverse should not have to be forced to use gender-specific toilets.