Eighteen of Canterbury's best young disabled athletes are raising money to compete at the Halberg Junior games in Auckland.

The games from October 6-8 allow competitors to go up against other young people with similar disbilities and sporting goals.

The Halberg games were founded in 1963 by Sir Murray Halberg, an Olympian who won Gold at the Rome Olympics in 1960. He dedicated his career to the welfare of young disabled people.

ParaFed Canterbury sports manager Hadleigh Pierson said the games were a great opportunity for young disabled people to compete and meet other athletes.

He said ParaFed was excited about this year's competition as the club was growing in strength and numbers.

Athletes will compete in a range of sports including athletics, swimming, boccia and triathlon.

Hadleigh said ParaFed Canterbury was celebrating its 50th anniversary and wanted to win medals at the games.

The club focuses on people with physical or visual impairments and helps them reach their full sporting potential.

The club have been sending junior teams to the Halberg Games for the past three years, receiving a total of 11 awards in 2016, including the Best Team Spirit award.

The club set up a Give A Little page to help raise money for their flights, accommodation, equipment and sports uniforms. With a goal of $7500.

The ParaFed club will celebrate its anniversary with a "grand awards evening and dinner" in November.

Help ParaFed through Give A Little. 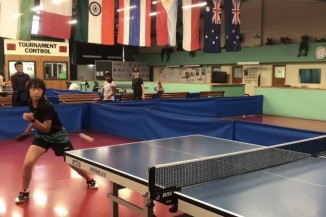 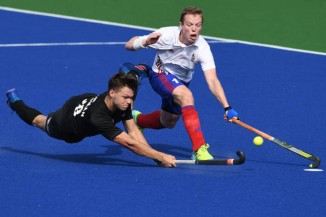 Dominic Newman has been selected to play hockey for New Zealand.