The Government has announced $107 million in support will be made available to keep vulnerable people in motel housing but many support groups believe it should be spent on permanent solutions.

Coordinator at the Manawatū Tenants Union, Matt Schmidt, said while the union welcomed the added funding for additional emergency housing it did not address the underlying need for a major expansion in public housing.

"We need more homes for life, not just motel rooms. This is simply an expansion of the existing emergency and transitional housing programmes that are an ambulance at the bottom of the cliff measures."

Schmidt also said the Government needed to make housing grants non-recoverable (clients do not need to pay them back) and take serious action towards ensuring housing and secure tenure is a right for all New Zealanders.

Homes For People Co-Founder, Cheri Birch, said the new funding was "like rearranging deck chairs on the Titanic".

Birch said the Government needed to put that money into capital investment and building long-term housing.

While emergency housing was needed, Birch said the country needed to eventually get past that point and create housing which allowed people to thrive, something that wouldn't happen in motel housing.

Since the alert levels were put in place more than 1100 motel units have been made available for emergency housing, and $31 million of the Government's new funding will be made available for services to help the homeless and vulnerable. 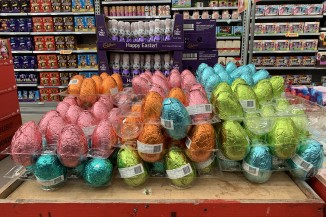