The award-winning musical opened on Friday evening in the city's Isaac Theatre Royal.

Miss Saigon, staged after a decade-long hiatus by Showbiz Christchurch, first premiered in the West End 30 years ago as a tribute by Alain Boublil‎ and ‎Claude-Michel Schönberg to Giacomo Puccini's Madama Butterfly.

The lead role, as popularised by Filipina performer, Lea Salonga, was not unfamiliar to Tina Bergatinos-Panlilio, 31, having first stepped into character 10 years ago in Hamilton.

Bergatinos-Panlilio said while the opportunity to play the character of her long-time idol was "nerve-wracking", she was looking forward to the season ahead.

"I feel blessed and honoured, and just to represent the Filipino community itself. It feels surreal and amazing."

Showbiz Christchurch President Markham Lee said 12 different ethnicities were identified in the production across the 42-strong cast, including Bergatinos-Panlilio and Marcus Rivera (The Engineer) as two of eight to personally identify with the Philippines.

Event-goer, Isabel Tatum, said the performance was "amazing" and the character of The Engineer provided humour in an otherwise "serious storyline".

The Miss Saigon season will run from September 27 until October 12, with both evening shows and two matinees. 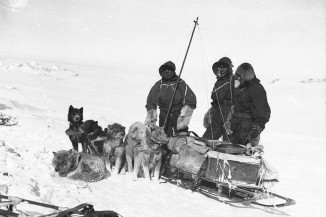 Man’s best friend(s) to finally have their day