The Department of Conservation (DOC) has said there is a strong probability the bi-annual Kaimanawa horse muster will go ahead this winter with very little notice, aiming to muster 110 horses.

The possible muster would go ahead no earlier than May 25, should alert level 2 restrictions allow, DOC senior community ranger, Nina Manning, said.

The horses are re-homed via groups such as Kaimanawa Heritage Horses (KHH) and the Kaimanawa Wild Horse Preservation Society, however due to the financial impact of COVID-19, KHH had received just 38 applications.

In a statement, KHH said ‘'with the current situation our country is facing we are naturally concerned by this decision and the impact on re-homing efforts’'.

KHH committee member Sue Rivers said they were sad but understood why it needed to happen as they were not confident they could do a double muster next year, following 2018’s double muster which resulted in ''serious market saturation'’.

“We’re in a difficult position because we’re very compassionate about the situation our people are in, but not having a muster puts us and the herd in a more compromising position in the future.”

Rivers said it wasn’t as simple as saying the muster shouldn’t go ahead because future impacts had to be considered.

The horses cost about $600, however, can be us much as $2000 depending on transport, training needs and castration. They also require ongoing costs for grazing and maintenance.

They are considered highly adaptable and have been known to succeed in a range of disciplines like show jumping, eventing and endurance. The most notable was the horse ‘Watch me Move’ who won Pony of the Year at the New Zealand Horse of the Year show in 2012.

No horses have gone to slaughter since 2014 as re-homing efforts have proven successful.

This is believed to be in part due to the interest generated from the Kaimanawa Stallion Challenge competition, which will take place again this year.

Prominent international equestrian figure and star of the hit TV show Keeping up with the Kaimanawas Kelly Wilson said the special horses were a blank canvas.

“Teaching them to trust humans is one of the most rewarding journeys you can take. We’ve become better horsewomen because of them.”

Wilson said this year was a catch-22.

“Some trainers have actually applied for horses since the borders closed, since they are now unable to travel offshore to train horses. However there are still 72 horses that desperately need homes.”
Wilson said if a double muster were done next year trainers may not be in the position to take them on.
Pre-COVID-19 KHH had 115 people interested in re-homing a horse.

Rivers said they remained optimistic and incredibly hopeful. Out of the 38 applications only one person had said they were no longer able to adopt due to COVID-19.

“At this stage it indicates people are still prepared to step up and take on a horse.”

They are mustered every two years to keep the herd at 300 horses. This maintains the condition of the herd, who would otherwise essentially die of starvation, as well as protects the environment.

“Since the management plan was implemented 20 years ago the improvement in the health of the horses has been absolute,” said Rivers.

Whether or not the muster will go ahead will depend on several factors such as availability of transport, any restrictions on the defence force, and travel restrictions in order to complete the home checks.

Applications to re-home the horses are being accepted through Kaimanawa Heritage Horses until May 11, if the country moves to level 2 on that date.

Immunocontraceptions are currently being researched to manage the herd in future. 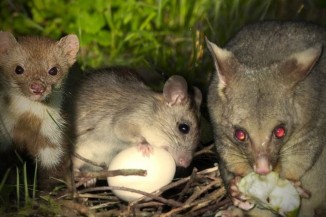 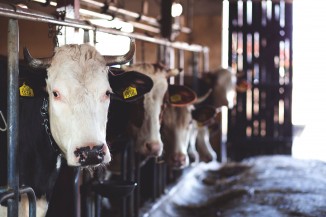