Calla, 13, Mack, 12, and Lizzie, 10, are the Lane children who have become friends with an unusual animal.

'Elsa' as they call her, was discovered on March 24 while they were putting their food scraps in the nearby creek.

"When we spotted her, we went to get the net. We managed to get her out of the creek as gently as possible even though she was very heavy. We measured her and took some photos," said Calla.

Elsa stood out to the siblings because she was a lot bigger than the rest of the eels in the creek. They discovered she was a massive 1.3m long.

After a bit of research, the kids were able to confirm she was a female as males only grow to around 80cm in length. They also discovered she was a longfin eel which is native to New Zealand.

"We think she is around 80 years old. She is pretty fat as we feed her quite a lot of scraps once or twice every day which is often meat. We think it makes her satisfied and full."

The Lane kids are really enjoying the time off and haven't been bored once. Other than hanging out with their new friend Elsa, Mack and Lizzie have been doing some possum trapping up in the bush.

They have all helped feed the silage to the calves, have done some rabbit shooting and have loved earning money by doing jobs.

"We have heaps to do and are enjoying spending time with each other. However, we do miss our friends and the routine of going to school. We like being 'home-schooled' but prefer normal school. We look forward to going back to school whenever that may be," said Calla. 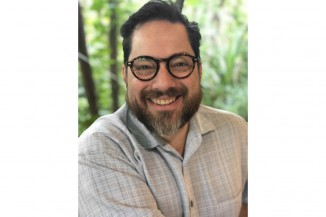 Suicide expert to speak in Christchurch

Jonathan Singer will present at the Suicide in Schools workshop, which aims to address the high rates of suicide in NZ. 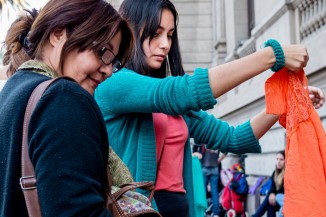 Do you know where your clothes come from?

You don't have to spend heaps for ethically-made clothes.